June 4, 2016, Saturday, marks the 3rd National Mountain Cleanup Day. The annual movement, I believe, was first started by the Pinoy Mountaineer group. In participation of the movement,  NCR Trekkers Club headed the Cebu – Mt. Babag/Chalet Hills leg. My friend (thewanderfulllife.wordpress.com), who has been on the club extended the invitation to me and my travel friends. As a give-back to mother nature, we joined the movement.

Meet-up was at the Guadalupe Church. Several club members and few invites were present. Attendants then filled the attendance list. A brief introduction and orientation was given. The whole group was then divided into three sub-groups, the front, mid, and the sweepers. Each group proceeded to the jump-off location by batch. We went to the sweeper group since my friend from the club was assigned to the group. 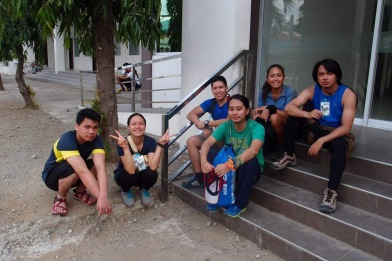 This was not my first time climbing Mt. Babag. It is actually the first mountain that I climbed years ago. Though my first experience wasn’t as breezy as this time because we got lost and used the wrong steeper trail and it was raining and slippery during our first experience of Mt. Babag. To top that, we were not yet fully equiped and ready that time that we wore footwears with no proper traction. It was a good lesson though.

Upon arriving at the jump-off location, a prayer and brief stretching was done by the group. We were then reminded of the goal of the climb, that is to pick up trash from the trail especially the non-biodegradable ones. 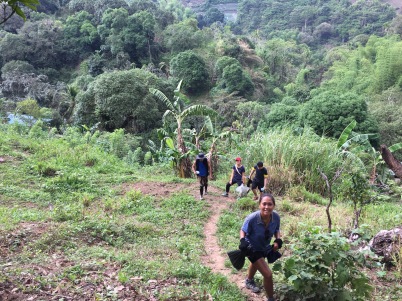 Trash after trash we picked them up as we ascended towards the peak while carrying our trash bags. We took our quick lunch at one of the resting area. The food offered and available was chicken and rice. I’ve been trying my best to stay as pescatarian as I can due to personal reasons, but  not this time. I have no choice. I am not the type of person who easily gets hungry and thirsty, but the unforgiving heat of the sun made me unusually hungry. 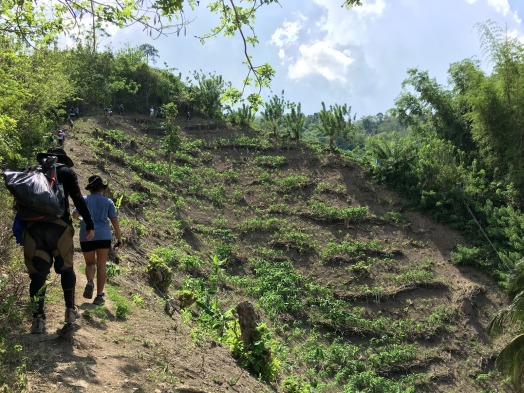 As we got to higher elevation on our trek, trail trash appears lesser. It helped somehow so that we can focus our attention more on the climb. After hours of trek, we reached the peak at last. At the peak is where the RCPI towers are located. We took group photos near the towers then proceeded on trekking further to Chalet Hills to meet some of the club members who were assigned on the area.