Every place has a legend to tell and every legend has a tale behind.

Malubog Lake has been sleeping silently in the midst of Toledo City’s mountains. It was just recently that the lake has started making noise over the social media. Maybe because of the major success of the recent Japanese animation movie titled “Kimi no Na Wa” or “Your Name” as translated in English. The movie features a lake in which Malubog lake somehow depicts a mini version of it.

It was just a few days prior when I got an invitation from a friend of mine to visit the said lake. I was also intrigued and wanted to visit the place as it really looks adorable on the pictures over the internet. When I received the invitation, I then said yes and vacated my schedule. The planned visit was set to be on a Sunday. 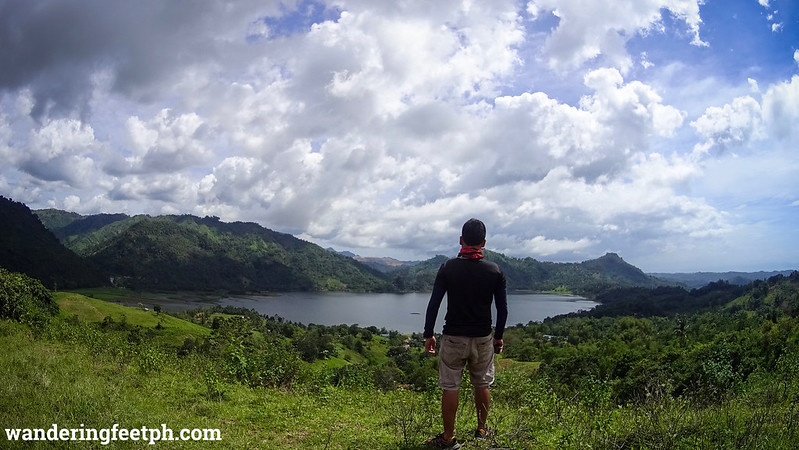 The plan was to meet at Cebu Bus Terminal, Sunday by 5 AM. Saturday and I was running multiple errands. By night I was catching up with my backlogs and was editing a video. It took me until 4 AM to produce and upload the video, giving me no window to just at least catch forty winks. I haven’t prepared my stuff yet so I just grabbed whatever I can and got on to with my trekking gears and went straight to our meeting place. It was already approaching 6 AM when we departed from the terminal. I was literally groggy and tired but the eagerness to witness the lake made me overcome my tiredness.

The trip going to Toledo City usually takes around 2 hours. From Cebu South Bus Terminal we took a mini-bus to get to Toledo City. We had the bus drop us at the intersection near Magdugo Elementary School in Brgy. Juan Climaco. From the intersection, we took a 15-minute “habal-habal” ride to the Barangay Hall of Brgy. General Climaco. 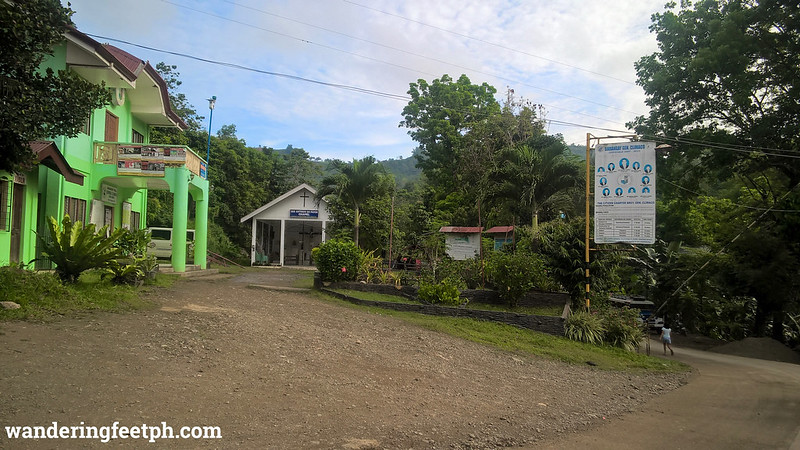 Right across the hall was our guide for the day, Ms. Beth Dacuma a.k.a teacher_travellerph . She was also the one who gave out the invitation. Miss Beth grew up in Toledo City and has already quite known the place.

Before the trek commenced, we had our quick breakfast on the nearby eatery. We also bought our packed lunch and at the same eatery where we had our breakfast. It was only a day trek so we did not bring a lot of stuff, just our food, and spare shirts. Bellies filled and ready to go, we then headed to the covered court across the barangay hall where we started our trek.

The Legend and The Tale

Before we commenced our trek towards the lake, Beth did a little orientation about the place. Listening to the stories of previous incidents that happened, in connection with the lake, sent a shiver right through my bones. The stories served as warning and precaution for the visitors.

There has been multiple of cases of death on the lake. Drowning, a sudden rise of water, and more. All happened every year or two. There were cases of people suddenly disappearing from their boat while crossing the lake only for the residents to find the rotten bodies at the bottom of the lake. 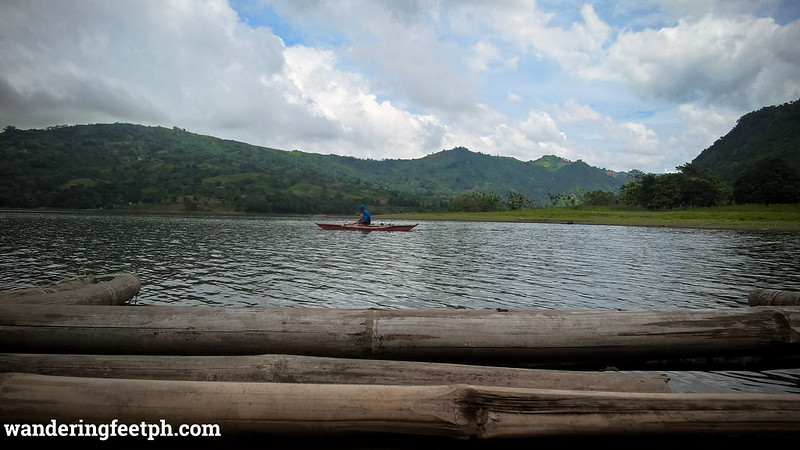 Legend says that a “mantalaga” has been residing at the bottom of the lake.

Surfacing unnoticeably to claim another life especially of those joking and speaking ill about the lake.

A “mantalaga” is a mythological creature, prevalent in Visayan folklores, that resides on rivers and other bodies of fresh water. It has an octopus-like appearance and preys on people near the rivers or lakes. 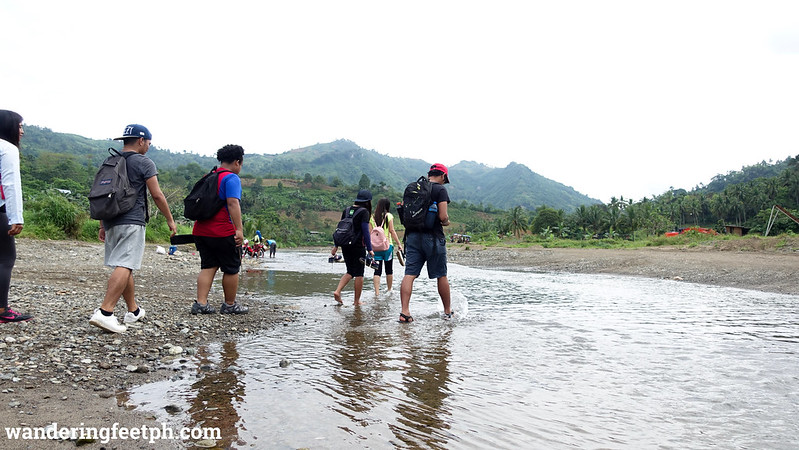 Before we commenced our trek, Beth warned us not to joke or speak ill about the lake as this might irk the creature. Instead, we must be cautious with our actions and respect the lake while crossing or passing near it. We offered our prayers before we started our jaunt. Just a few meters away from our starting point, a magnificent view of the calm waters of the lake greeted us. It was like the lake promising us that nothing detrimental will happen. We snapped several photos of the lake’s calm waters. 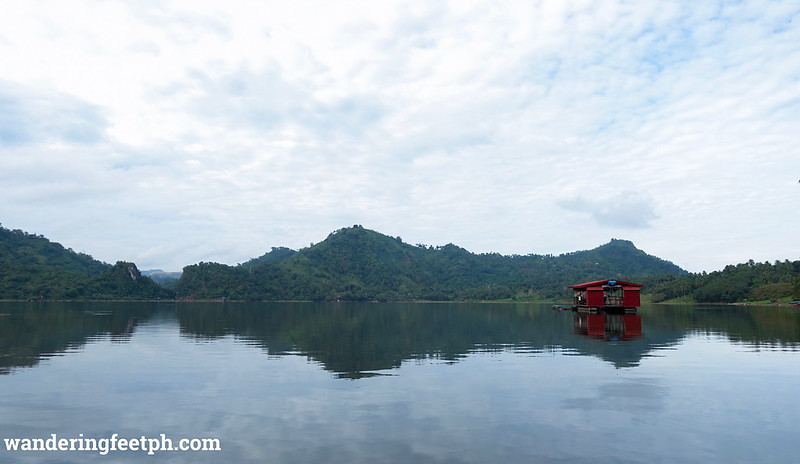 I was dismayed as I observed the lake’s surrounding. It was a heart-breaking scene to look at. The lake is very promising and undeniably alluring, but garbage and plastic trash are very obvious and prevalent by the lakeside. If only the community and the local government has made a collective action to address this issue, then the lake might stand in its full glory. Hopefully, the community will.

The simple life and the sceneries.

As we trekked and circled around the lake, we witnessed several scenic views. We can’t help the shutterbug within us but take several shots. The refreshing sights and the simple life of people living near the lake made me ponder things in life. It made me realize that life needs not to be complicated as we design it in our modern world. Life isn’t complicated to start with. 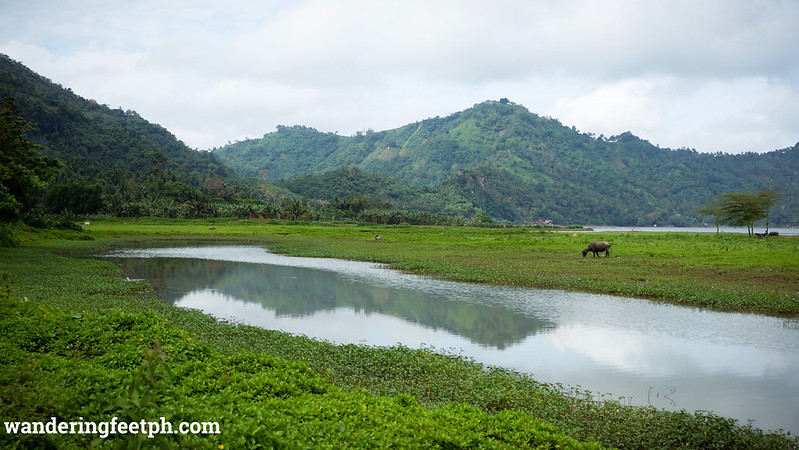 We continued our hike until we reached a spot that looks like a waterfall, but I am not quite sure if it really is. Somehow it looks like a rubble of supposedly paved waterway. The water looks greenish and appealing. Though I am not sure if the water was naturally green or if the water was just the waste of a mining activity nearby. 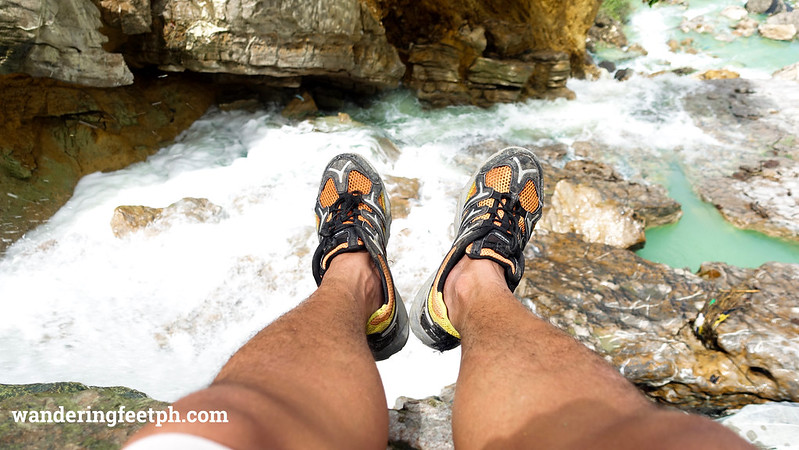 We were supposed to continue our way to Hinulawan River, but the entry through the tunnel was restricted by the mining company operating nearby. Only the authorized personnel and the residents at the other side of the tunnel are allowed to pass through. It was such a bummer. So we went back on our way. We decided to go straight to the hill where we can see the whole beauty of the lake. To cut our hiking distance and time, we took a 15-minute “bangka” ride to the other side of the lake. While crossing the lake, same rules apply.

Never joke or speak ill about the lake while crossing or passing through it.

We hiked for around 15 minutes from the lakeside to the top of one of the surrounding hills, Tagaytay Hills. While on our way to the top, the lake keeps on poking me to give it a glance every once in a while. The sky was searing hot when we got at the top of the hill. At last, the most awaited view. The full magnificence of the lake. I can’t help but remember the film I mentioned above. The lake somehow resembles the lake on the film only if you open up your imagination and see things on a different spectrum. It was surreal! 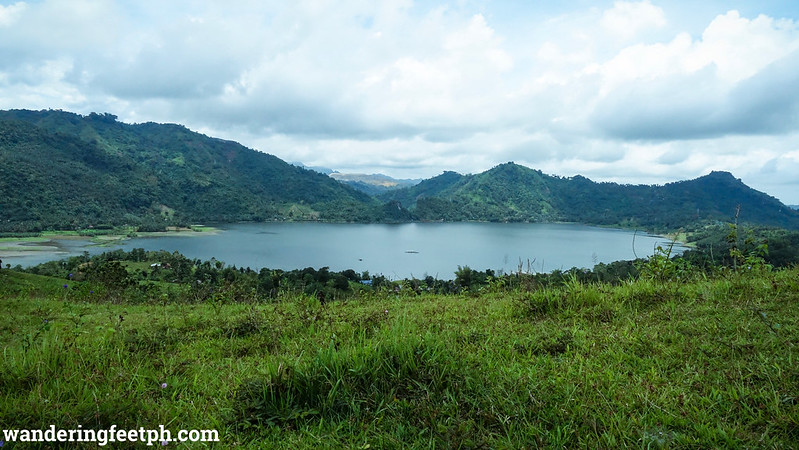 The heat of the sun did not stop us from being hypnotized by the alluring charm of the lake. One by one we document our trek through pictures. I cannot describe what I felt as I saw the lake from above. I was tired, but I was full of energy. Happy and ecstatic, I might be in love or maybe I’m amazed.

Time ticked and it’s already noon. We took shed on a nearby tree where we took our lunch. With nothing else to do, we played a quick mini werewolf game. It was fun since half of us just heard about the game and so we have to introduce it to them. Even just for a short period, we were able to mingle and enjoy each other’s company. It was around 2 PM when we decided to descend and return back home, but before that, we cannot miss taking our last group shot for the day.

Going home and it was worth it!

We bid the lake farewell as we descended. We took the rough jeepney ride to Toledo City’s main hub. If there’s an opportunity to experience something new, grab it. So we decided to go top-loading. Though we got grilled by the sun, but it was fun. It wasn’t my first time doing it, but there are things that are worth retrying. 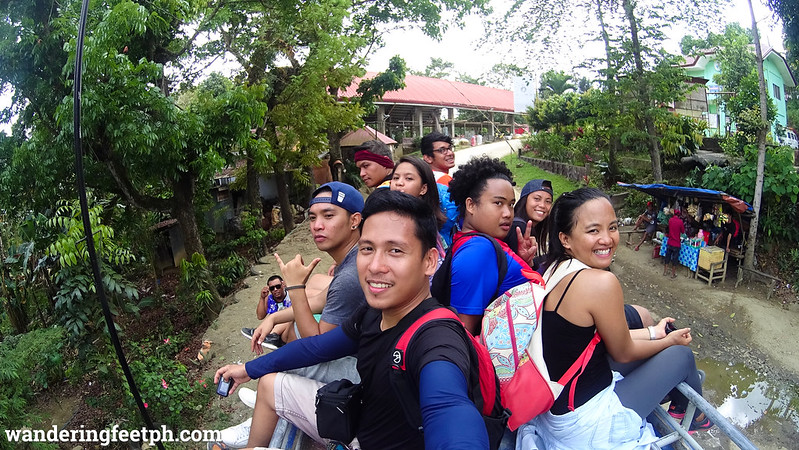 We were supposed to visit Biga Pit, but the mining company operating nearby already disallowed the public to get near nor take pictures of the place. I don’t know what’s their logical reason, but we really got bummed. So we decided to head on to the Maze Garden near the main hub of the city. The problem was, the garden closes at 4 PM and we only have a few minutes left before 4 PM, so we decided to crash it out.

We arrived at Toledo City’s public terminal by around 4 PM and got on a van bound for Cebu City which departed by 5 PM. Arrived at the city, around 7 PM, starving. Before we separated ways, we stuffed our bellies first at the nearby eatery. Right when I arrived home, I went straight to my bed and snored my way ’till the next morning.

If you are looking for sample itinerary and breakdown of expenses, click here.

15 Replies to “Malubog Lake : The Silent Tale of Toledo City”