You only live once. Take chances.

This quote has been one of the many that have made me into who I am now. It made me the adventure seeking and the risk taking adrenaline junkie that I am now. Skydiving has always been on my ever-growing bucket list of to-dos. So this time, I made the decision to crash one that has been on the top of the list.

Read the other half of the adventure by clicking here, and see the exciting things we did while on the island. 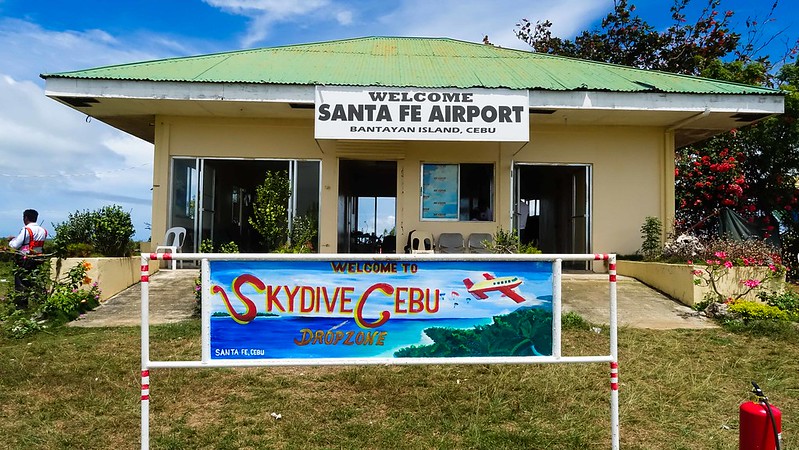 This is the day!

7 AM and the whole resort was still quiet. Only the hush of the ocean waves and the songs of the early birds can be heard. Everybody on our room was still asleep as I got up and prepped myself. I cannot describe my feeling that time. I was excited and happy but not nervous as people usually feel whenever they are about to go on a life-risking adventure. Skydiving actually is a life-risking activity, it might be the riskiest thing in my opinion.

I was about to go to the airport alone, but my ever supportive friends accompanied me on my way. Thankfully the weather was fine with a promise of clear skies. 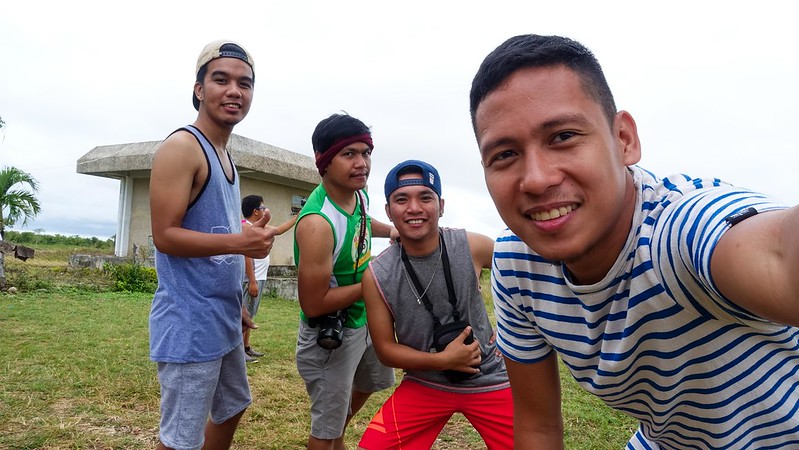 Shout out to AJ a.k.a the Wandering Soul Scamper, James, and Sean of HisHiddenLetters. Also to my friends RJ and John who stayed and supported me through the spirit. LOL.

We arrived at the airport just in the nick of time when other divers were about to set off. They were student skydivers trying to get their skydiving licenses. As we were waiting, we killed time joking around, being silly, and trying to picture out what would my reaction be mid-air. Still, I did not feel nervous. I was excited rather. 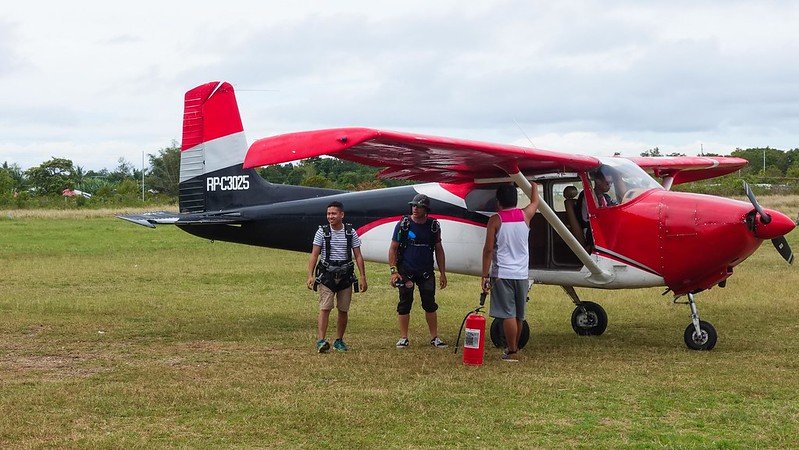 Just when the students have already descended, the skydiving instructor readied himself and called out my name. “This is really it! No more turning back!” As I equipped myself with the safety gears, the instructor checked if everything’s okay and placed properly. He then quickly briefed me on what to do and what to expect while on the plane and on the actual dive. Later on, it’s boarding time. 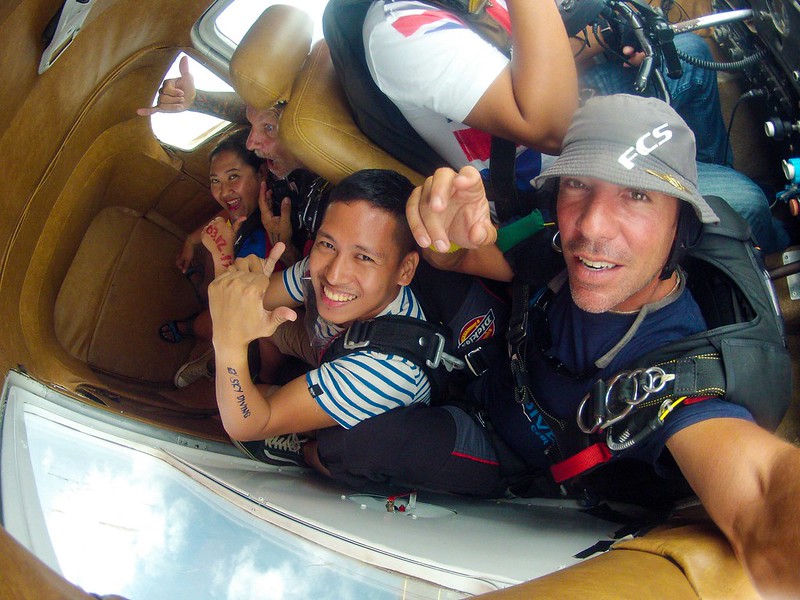 The plane was quite small. Enough to fit five people. As the plane started to take off, I couldn’t help but be ecstatic. Ascending up to at least 10,000 feet above the ground took the plane roughly around 30 minutes. I did not feel that it was that long though as I was sprawling while being amazed by the spectacles I saw through the plane’s small window. I saw the entirety of Bantayan island being accentuated by its dazzling aquamarine shorelines. The whole island of Cebu and Negros with the glorious Mt. Kanlaon were so visible. I was so happy even while I was inside the plane. 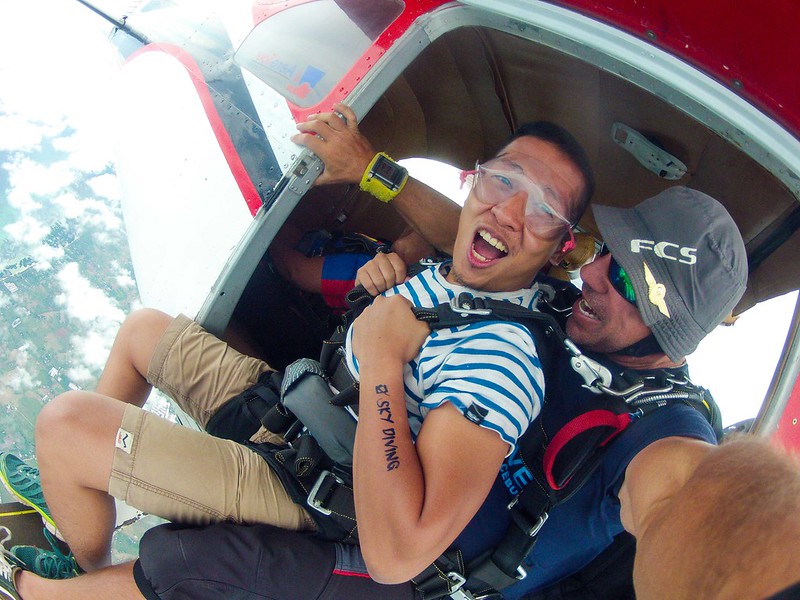 10,000 feet above the ground and my instructor opened the plane’s door. My heart was pounding. Not of fear, but of happiness and excitement. He then instructed me to step on the plane’s stepping board. As I slowly pulled out my left foot out, I felt the strong icy wind blowing my leg. It was hard to control at first, but then everything went well. I was so excited that I could just jump right away, but of course, I must wait for the instructor to ensure safety.

Those who don’t jump will never fly. 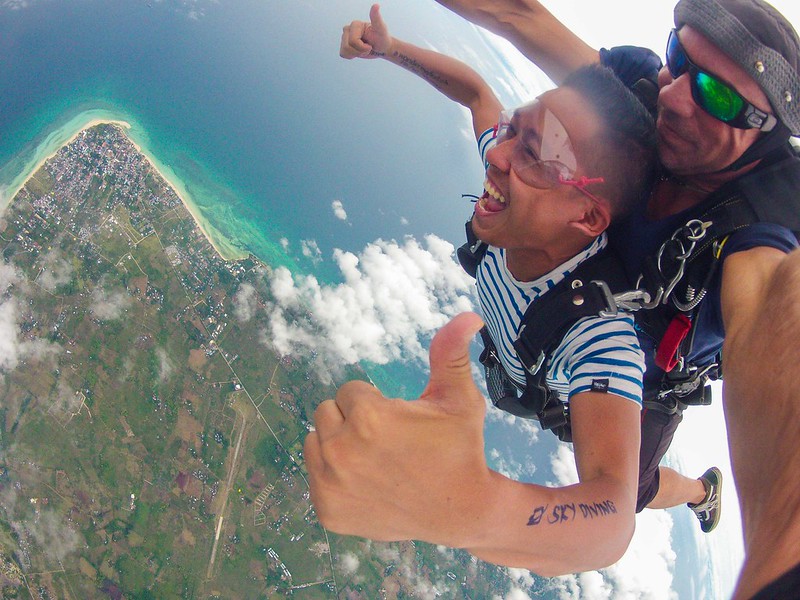 When everything was set, off then we went. Wooooooohooooo!!! We were spinning and flipping mid-air as we were trying to find our balance. All I could ever do was scream and shout. Shout out of happiness, out of excitement and out for release. It was a total euphoria.

There is something about falling from the skies. There is this feeling of uncertainty. A feeling of being uncertain whether you’d still live or die. Nothing to hold and depend on. It’s just you and the fear in front of you. That feeling made me throw away all my worries. For a moment I did not care. I was happy as I savor that very brief moment. I surrendered all my cares. Not caring if I’ll make it out alive nor did I care what’ll happen next. 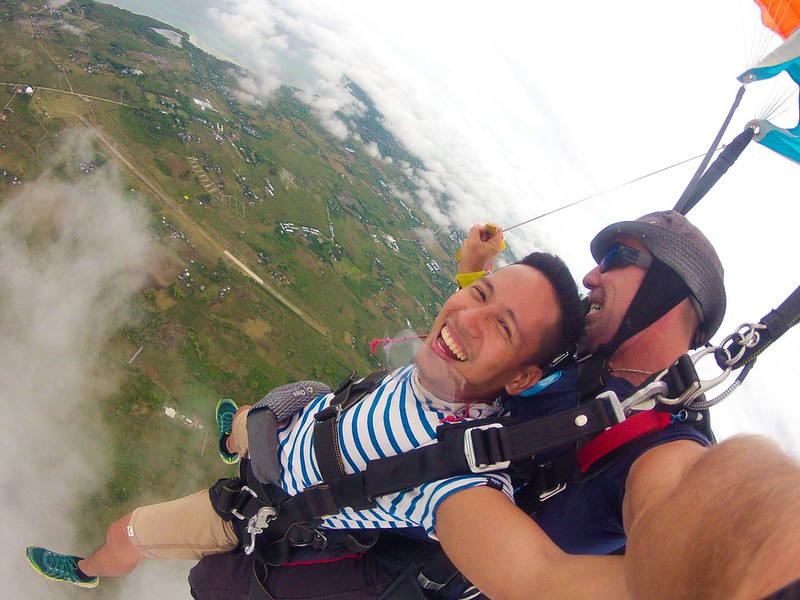 Slowly, the earth pulled us back to its surface. As we glided down, my feeling of awe hasn’t faded yet. The world is indeed beautiful. So beautiful that I wished I were a spirit. Free to roam around the world and continue being in a state of high and awe by the beauty and wonders of it. But I guess we just need to change perspectives to appreciate where we are and what we have now.

For once you have tasted flight you will walk the Earth with your eyes turned skyward, for there you have been and there you long to return. 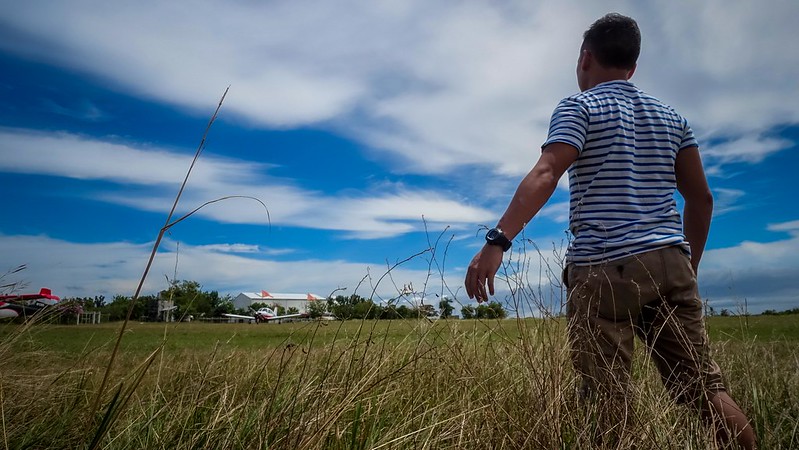 While I was up in the skies, I realized how small we are as seen from above. So small that it is so ironic how we feel so proud and high at times. Now, I cannot feel the same way as before as I look up to the skies. For a moment I was soaring high. I was there. I became the person who, for a moment, did not care about anything at all. Now I get reminded how small we are whenever I look at the skies. That our feet belong to the ground and no matter how high we go, the world will always have its way to bring us back, grounded.

If asked to give skydiving another round, “Hell, yes!”. I would surely give it not just another one, but more tries. If only it is not expensive as hell, or if only everything is for free, then I would do it every day. 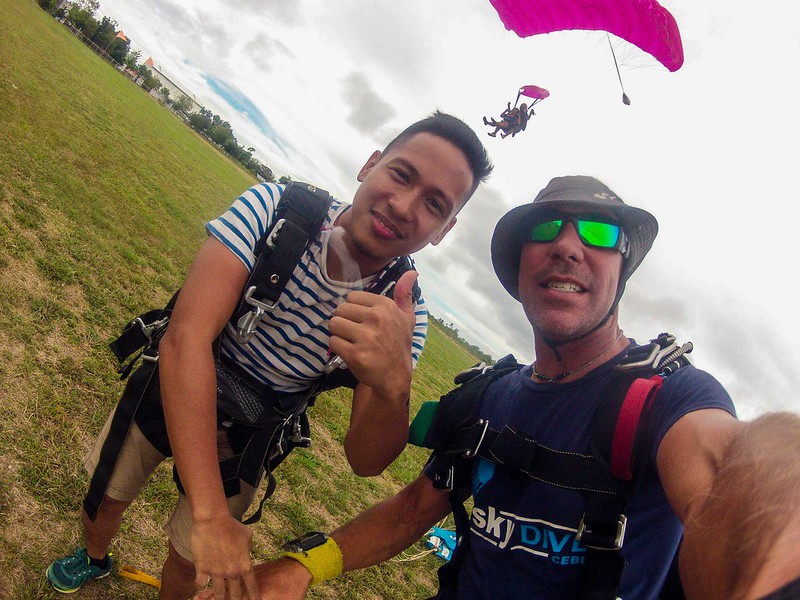