Have you experienced swimming with sea turtles or “pawikan” (as we call it in our bisaya dialect)? You might want to visit Apo Island. Apo Island is a small island in Negros Oriental, just across the town of Zamboanguita. The island is well-preserved by the locals and the community and serves as fish and sea turtle sanctuary.

It was summer of 2015 that I wanted to go to the said island. I did my research and itinerary. I wanted it to be just a day trip. Then I noticed that traveling in a group would cost less. So I invited some of my friends who haven’t been to the island yet.

Saturday morning, we departed Cebu City’s South Bus Terminal and headed to Santander as early as 2 AM. The trip took about 3 hours, enough for us to take a nap. We arrived at the Lilo-an, Santander Port and immediately secured our boat tickets to Sibulan, Negros Oriental. The boat ride to Sibulan took less than an hour. We arrived at Sibulan Port earlier than expected. 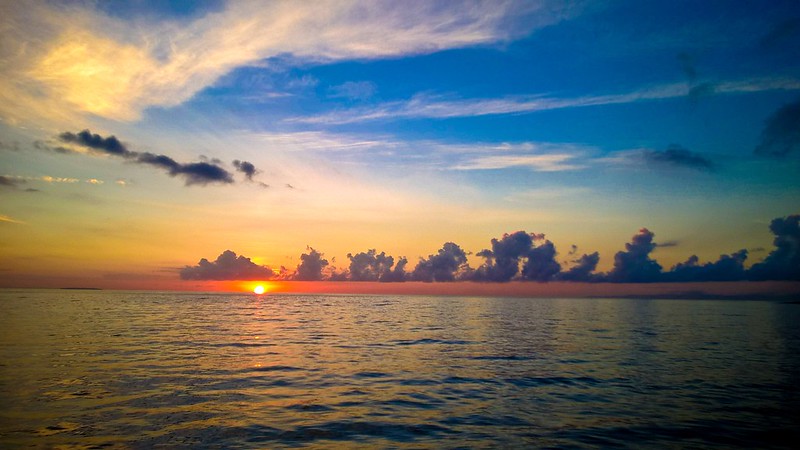 Upon docking at the port, we got on to a tricycle that took us to Dumaguete City’s bus terminal. 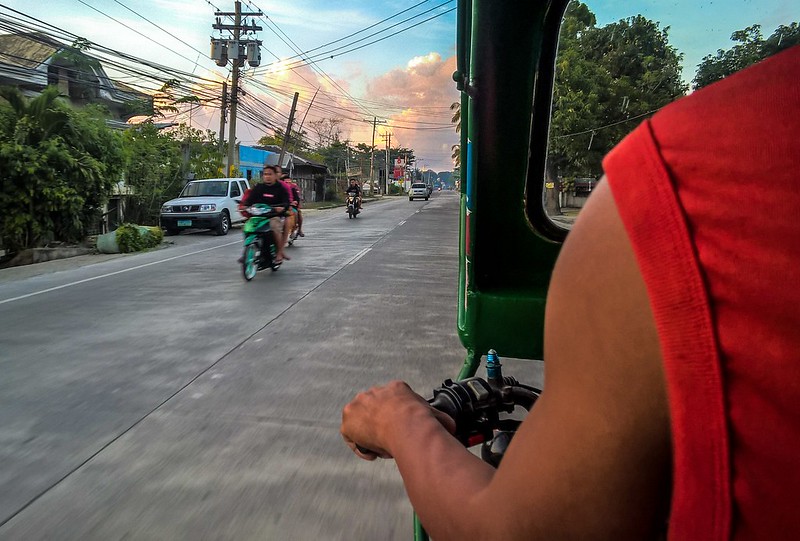 We boarded on one of the Ceres buses heading to Zamboanguita. We told the driver to drop us at Malatapay market in Zamboanguita. The ride took less than an hour. We arrived in Malatapay around 6:45 AM. Initially, we thought that we could buy our foods at Malatapay market, but unknowingly, the market goes alive only during Wednesdays. We have no choice but to settle with the small snacks we brought.

The shore, where ferries and chartered boats heading to the island waits, is 5-minute walk away from the road. The boat rates are monitored and centralized by their local barangay. We chartered one boat and departed as soon as everything was ready. 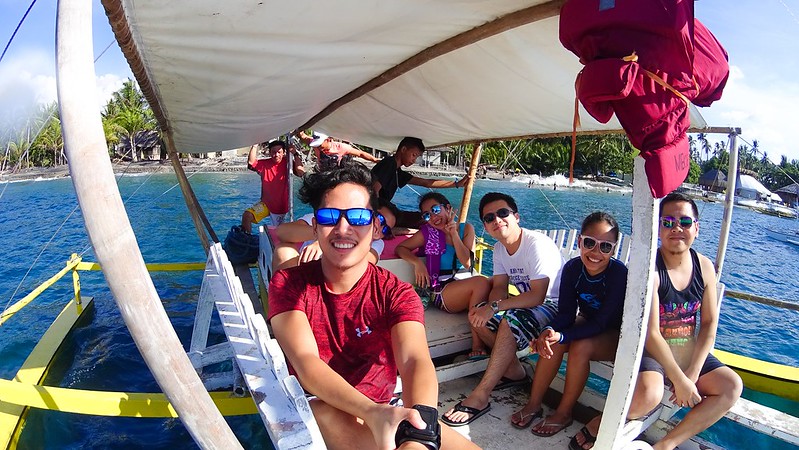 Expect a wavy ride heading to the island since the sea current is always strong between Apo and Negros island. We arrived after 30 minutes. We were then greeted by the local tourism personnel and ushered us towards the registration area. There are entrance/environmental fees.

One local household offered a place for us where we can station or things. Luckily, the locals do offer cooking foods for you for a certain fee. In watching the sea turtles, it is mandatory that tourists must get a local guide to watch over, orient and prevent the tourists from disturbing the turtles from their feeding. There are also available fins, snorkeling gears, and floaters for rent by the shore.

With no time to waste, we changed and went straight to the waters. Even on the shallow parts, you can already witness the sea turtles feeding on the seaweeds. It seems like the sea turtles are already accustomed to people swimming around them. They seem to be not bothered while feeding, unless you intently touch and chase them. 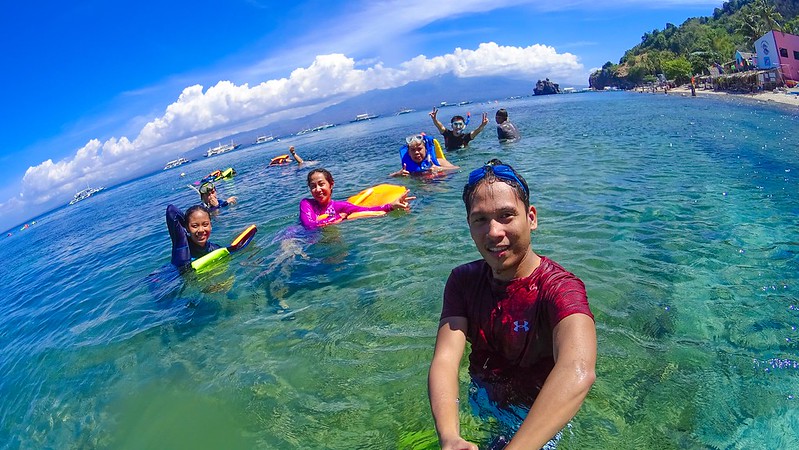 On the further side of the shore lies the famous and iconic rock formation of the island. There is a private resort in the area, but we were able to cross it. In contrast to with the other side of the shore, this side is absent of sea turtles. Instead, the sea floor is of pebble-ish and sea corals are abundant. We took several photos and climbed on the iconic standing rock. Be careful, the rocks are slippery. 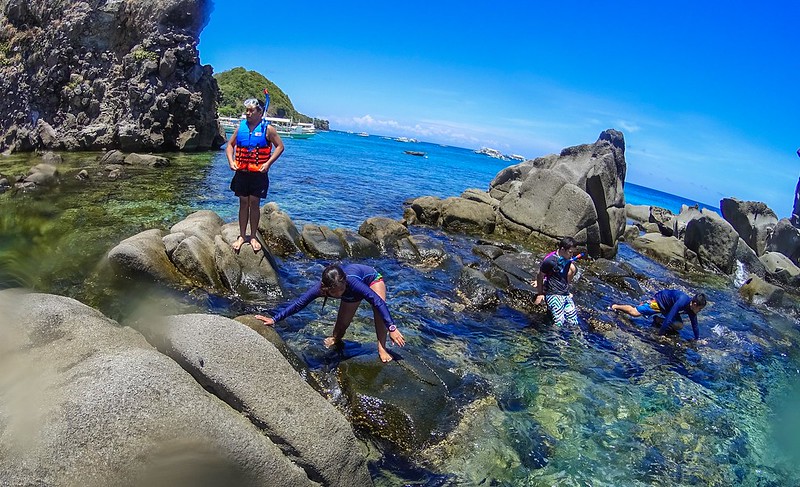 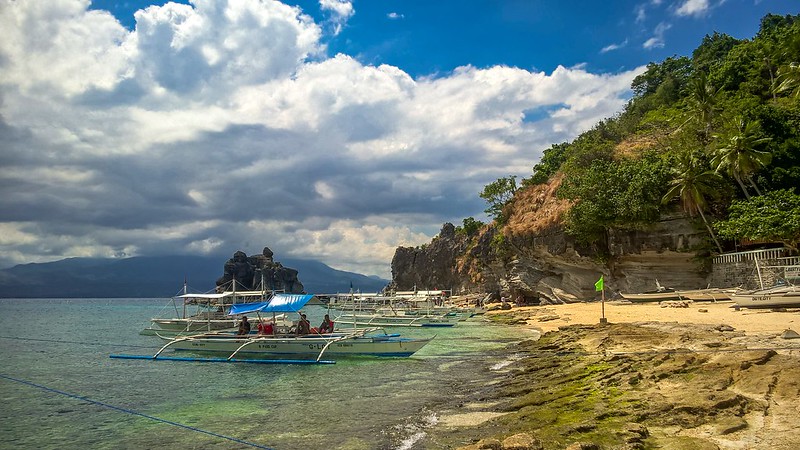 When we got to the main island, first that went into our heads was to rinse off the salt water from our skin and change clothes. We found a local water pump, just a walk away from the shore, where we rinsed ourselves. There were no people around the place and so we individually looked for a place especially somewhere bushy where we can change our clothes. Lucky for my friends for they brought shower towels with them. Well as for me, I got to get daring and changed with no covers on. LOL

All set, we waited for a bus heading to Dumaguete to pass on the main road. We got on to one earlier than expected. Upon arriving at Dumaguete City, we still have extra time to spare so we decided to relax and dine for a while in Dumaguete’s well known Sans Rival Bistro. 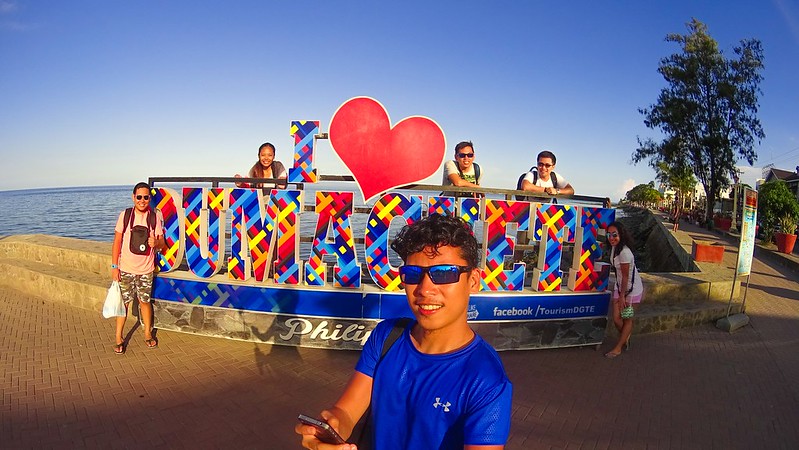 After several minutes, we headed straight to Sibulan Port to secure our boat tickets to Cebu where we can catch a bus heading to Cebu City. We arrived in Cebu City by 8 PM.

Sunburned, tired, and exhausted, we were happy that we did the trip. It was a great experience.