Islas de Gigantes is a group of islands under Carles Municipality which is located in Northern part of Iloilo province. With white beaches, clear waters, and islands of volcanic rocks, the place reminds me of Palawan. One can reach the islands by taking a bus from Iloilo City bound for Carles. It can also be reached by chartering a motorboat from Estancia, but it would take longer time and might cost a lot. Also, all tourists going to the islands must register at the tourism outlet in Carles. Tourists coming from Estancia have to pay higher rates. So I recommend taking a land trip and start from Carles, also for proper tourism briefing and process.

We arrived in Carles by night and had our stay in one of the accommodations available in Bancal port. Started early, we had our quick breakfast on the nearest “karenderia”. We then went to the nearest tourism station after. There we registered, paid an environmental fee, got island hopping permission, and chartered a motorboat. 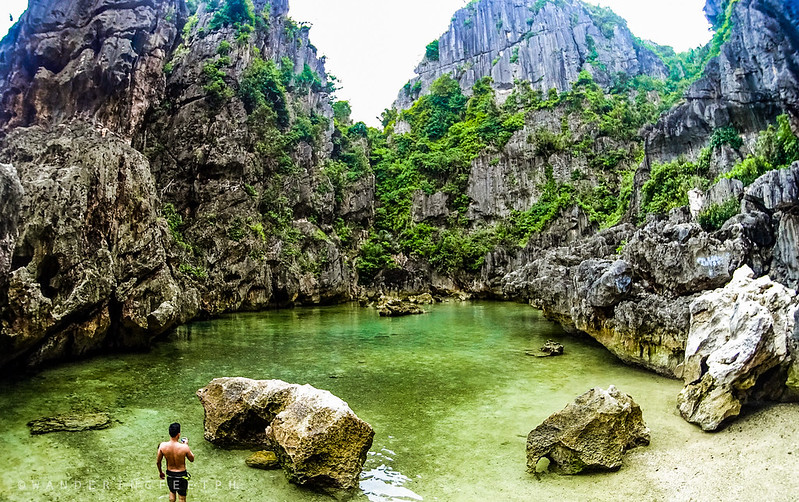 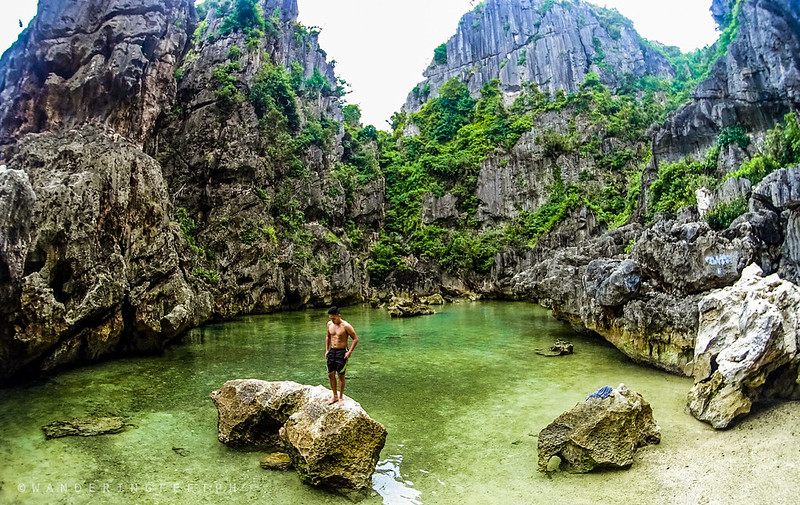 The lagoon was said to be the pool of the giants. The lagoon somehow replicates some of the features of several lagoons in Palawan. The water inside was shallow and placid when we arrived. The lagoon is enclosed with giant rocks. Though there are locals with medical kits ready on the site, still extra care must be observed when attempting to climb the rocks. 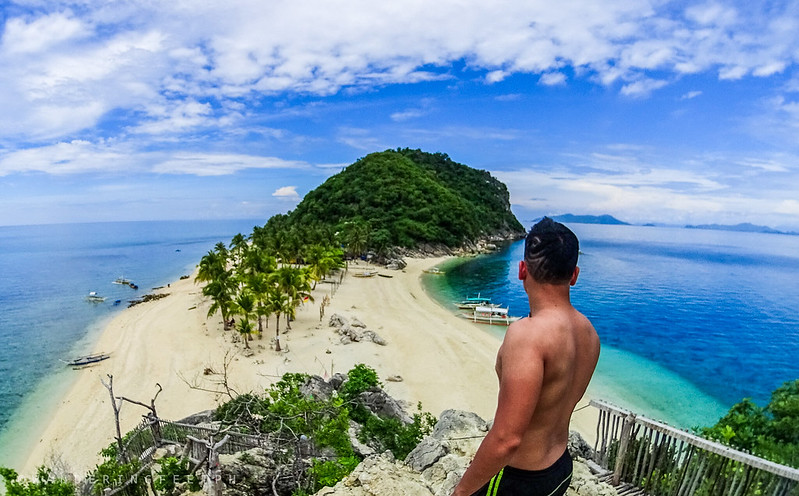 The famous picturesque island mostly tagged when advertising “Islas de Gigantes”. The island is blessed with white sands and clear waters. One thing you must not miss is their scallops right on your tables freshly caught from the ocean. The scallops are cheap. Each just costs 1php. Though you have to pay for 75php for the cooking and preparation. 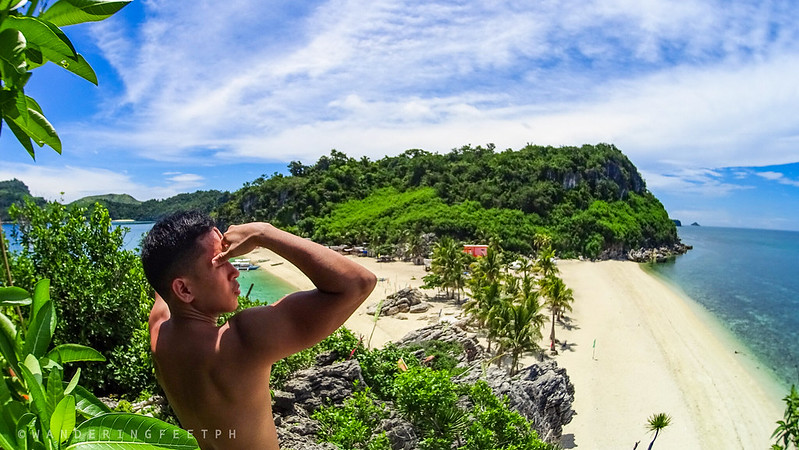 Just like Cabugao Gamay, the island also flaunts white beach lines. There is a local resort on the island and you can just buy your meal at the resort. 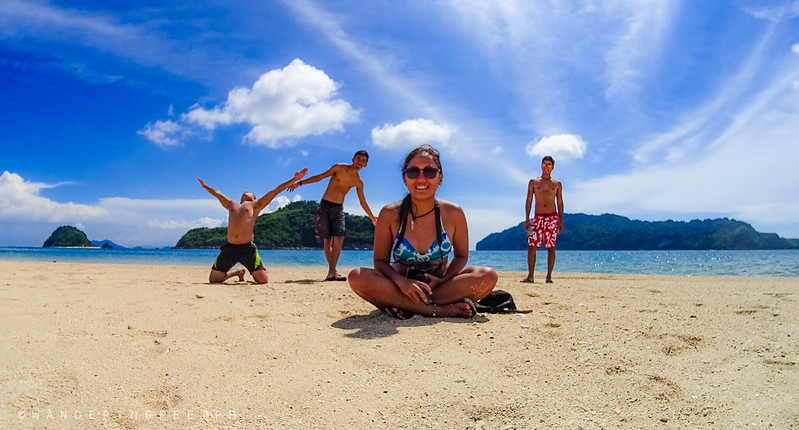 The island boasts a decent stretch of sand where you can take photos with the neighboring islands as your back draft. The beach has coarse sands made up of pebbles.

We supposedly have one more island left to visit, but we decided to get back to the port for us to have ample amount of time to prepare and commute to catch the last trip bound for Roxas City. Also, our skins were already toasted that we were already several shades darker. Our skins were already literally flaking and peeling the day after. 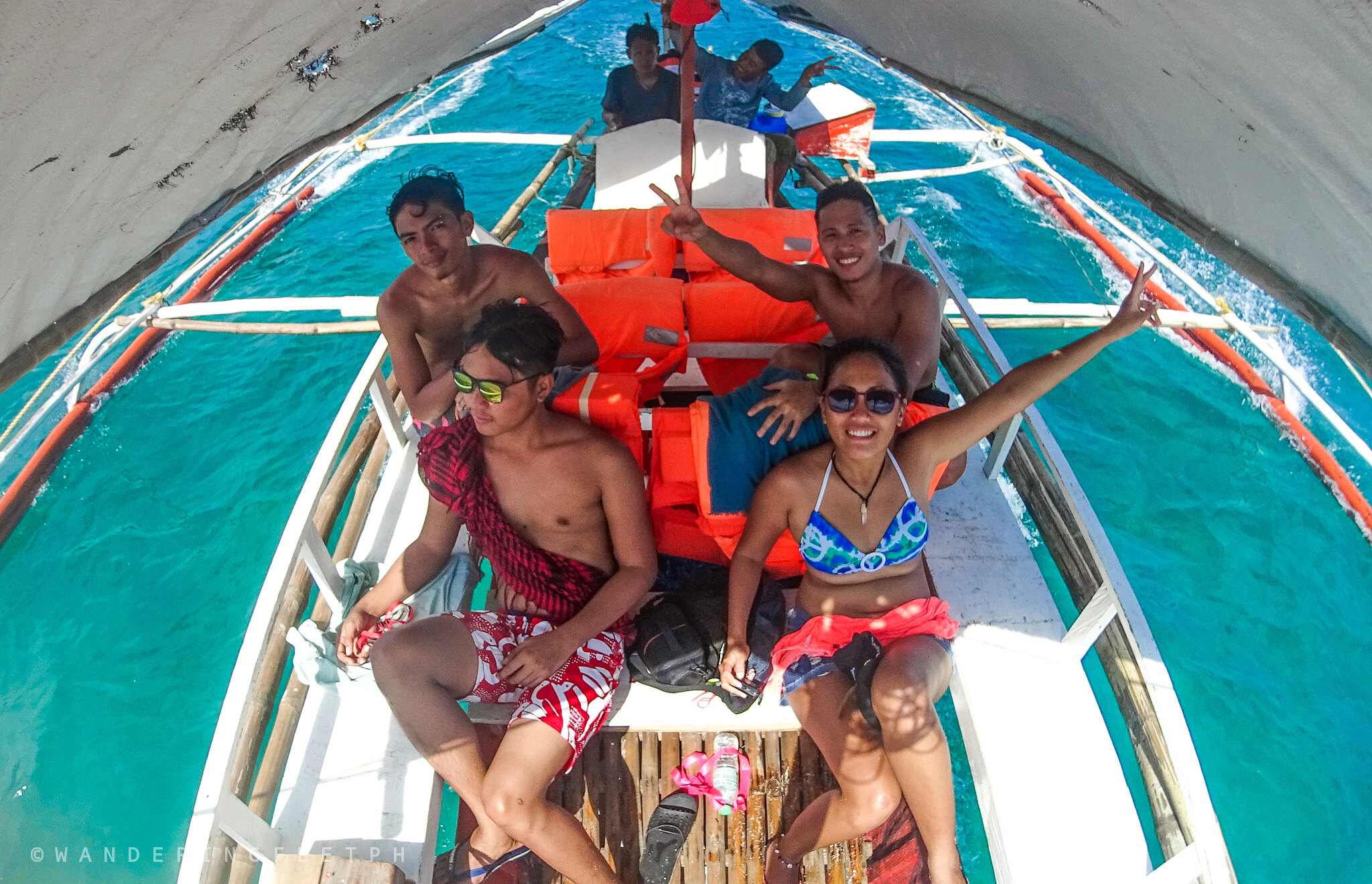 We waited for the last trip bus bound for Roxas City which arrived by 6:40 PM. From Roxas drop point, we rode a tricycle to Baybay for our seafood dinner. We stayed in Roxas Pension house just a walk away from Baybay people’s park. We got our air-conditioned room good for 4 people for 800php/12 hours.

3 Replies to “Islas de Gigantes : Islands of the Giants”