Few miles to the east of Cebu lies her geographically bigger sibling, Leyte. Leyte has recently made headlines over the past years due to the great havoc caused by the super typhoon Haiyan, especially in its capital city which is Tacloban. Early May, this year, I got the chance to visit the province but not for the capital city. Instead, we locked our sight on the province’s humble municipalities of Inopacan and Matalom. Both have their own magazine worthy gems. The alluring Cuatro Islas and Canigao Island situated in Inopacan and Matalom provinces respectively.

I just can’t get enough of adventures. 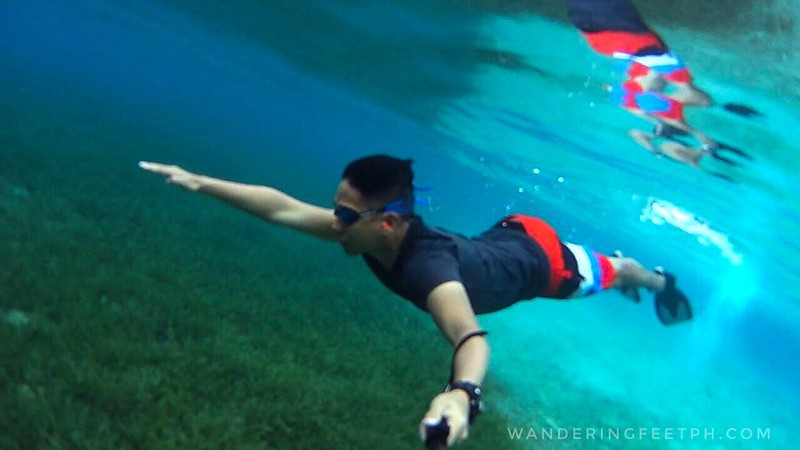 Late April, I was on an adventure on the Northern Part of Cebu – covering the uniquely stunning islands of Guintarcan, Malapascua, Carnaza and La Manok – together with other travel bloggers and social media influencers. It so happened that Lai of The Little Lai was with us and has mentioned his upcoming trip to Cuatro Islas and Canigao Island by the middle of May. He extended his invitation to us and I was lucky to have a vacant schedule on the said date. Of course, the spirit of adventure always finds its way to my soul. Imagining seeing the said islands for the first time, I can’t help but get excited. Right when I confirmed, Lai laid out the itinerary and the possible expenses for the trip. What made me pushed the go button even more? It was the total possible expenses. The laid out expenses totally fit my budget or even lesser. 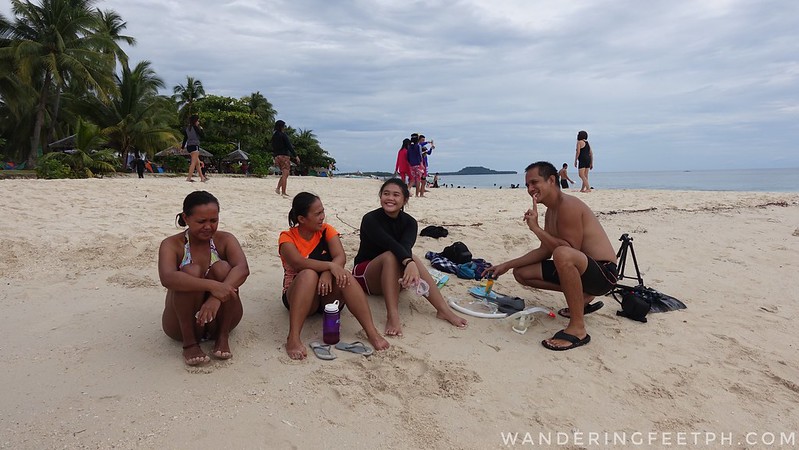 The day has come and it’s time for another great adventure. It was almost 7 PM and I was still in my office clock watching. The excitement I felt was evident by the way my feet were stomping. Eager to get out from the four-walled cell as I need to be at the port by 8 PM. Getting to the port was another story. Friday traffic jam can’t be avoided. Regardless, I made it right in the nick of time. Waiting for me at the port are some of the country’s well-respected travel bloggers. There’s Lai of The Little Laiwho invited me, Ferna of Everywhere With Ferna, and of course Gian and Sheila from the Adrenaline Romance. It was my first time hopping on an adventure together with travel bloggers whom I just know over the internet. Especially Adrenaline Romance where I and my gang mostly get our itineraries and ideas of a certain place whenever we travel. Meeting them in person was a different experience. Thinking about their travel experiences makes me a bit cautious with my actions. Cautious that I might be doing something unethical when it comes to traveling and I don’t want to leave a negative impression with the other travel bloggers on board.

Roughly after five hours of sailing, we reached the port of Hilongos. Though we arrived at the port at around 4 AM, we disembarked from the boat around 5 in the morning when public jeepneys start plying. From Hilongos port, we took a jeepney bound for Inopacan where the islands or the “Cuatro Islas” are situated. Around 45 minutes, we reached Inopacan Public Market where we bought our supplies and had our breakfast. Our ride to Inopacan feels just like around 10 minutes long because we kept on talking. Talking might be awkward at the beginning especially around people you just met, but as the conversation goes on, the awkwardness disappears.

Just a few steps away is the Inopocan Baywalk where the boats, heading to the islands, dock and wait for passengers. It was already almost off-peak season when we got there, but still, there was still a considerable amount of visitors on that day. There’s a local tourism outlet right on the shore which regulates the rates and the distribution of the passengers among each boat. Fees need to be settled before hopping on to the boats. We paid 3K pesos for the whole island hopping including the ride back to Inopacan for the next day. Since the boat rental is centralized, there is a queueing system for visitors. 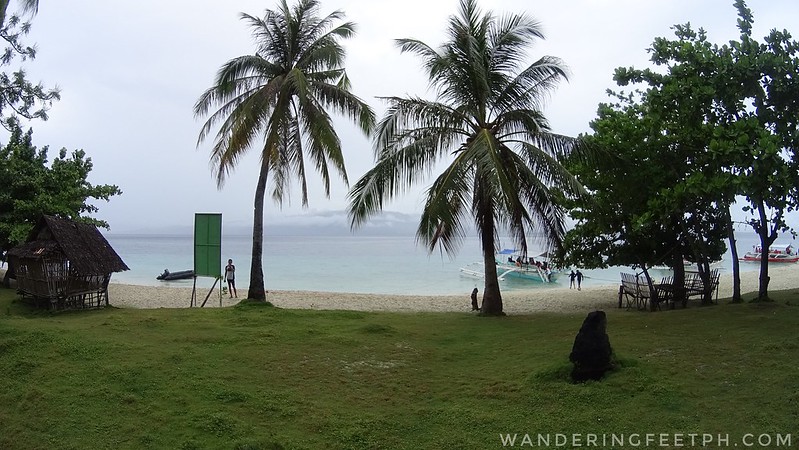 Right after paying the fees, we were then ushered to the boat assigned to us. It was still 7 AM when we got in our boat. The sky was light gray hinting a gloomy weather which did not fail as it drizzled a few moments later. Cuatro Islas literally translates “Four Islands”. Four Islands, but unfortunately only three can be visited from the Inopacan port, as the other one is under the jurisdiction of the Municipality of Hindang. You can still visit the island but you have to pay an additional fee of a ringing 300php per group. To maximize our visit, we paid 300 pesos just to be able to hit the four islands.

The not so enjoyable island hopping experience.

Engines roaring and we’re about to part the seas and head on to the four islands. It was gloomy that day so I wasn’t able to appreciate the beach well. Regardless, the corals were still clearly visible above the water. Our first stop was the island belonging to the other municipality which is the island of Himoquilan. As our boat was approaching the island, my feet shivered with excitement. Eager to savor the clear waters only to be stopped by our joy killing boatmen. I don’t know if this really how their tour works but they say we cannot land on the island. We just simply hovered nearby for few seconds. For the price of 300 pesos, that was what we all got. Goodbye, 300 pesos! And so we proceed to the next island which was Apit island. And the same happened. We just hovered nearby for just a few SECONDS! It started to ruin my whole experience.

The third island we visited was Mahaba Island. Unlike the other two, we actually landed on the island and got to enjoy it for just 20 MINUTES! I mean, seriously, why do the boat men get to boss us around have to limit our stay? Base on our understanding, we rented the boat for the whole day. Are they into some kind of a race? Getting back to Inopacan the fast as they can in order to get another set of customers? Well, bless their souls! Anyway, after the very long (sarcastically) 20 minutes stay on Mahaba Island, we departed and headed straight to the last island where we camped overnight, Digyo (correctly spelled as Digjo) island. Digyo island is the smallest island among the four, but the most visited island among the four.

We arrived in Digyo island before 10 AM. It was really early. Another fee of 100 pesos per head will be collected upon landing on the island, another fee for pitching tents at around 40 pesos per tent. Fresh water good for rinsing and washing can be bought on the island for 40 pesos per container (around 5 gallons). Right when we arrived on the island, we then looked for a spot where we can pitch our tents. We looked for a less crowded area so that we can have a good and sound rest by night. Noon was approaching and so we started preparing our lunch right after we pitched our tents. 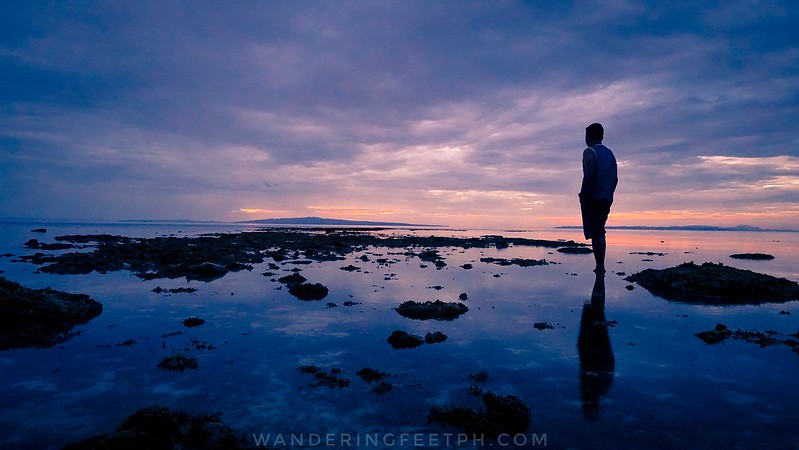 Ate Sheila led the preparation for our lunch. I was dumbfounded by how well laid-out and prepared this couple gets when it comes to meal planning. The couple did most of the preparation while we were just on the side just assisting on small matters like passing the ingredients and utensils, opening the cans and such. Ate Sheila even managed to allow us to enjoy the island while she prepares the meal. Wow! Probably the most chill trip I’ve experienced. Also my most belly-filled trip too. I feel like a spoiled kid honestly. Enjoying the beach and getting back to our camp just to eat and back on the beach again. Isn’t this what we all wanted? Island life, chillax, just enjoy the place while being filled with delectable meals. Ugh!!!

Same happened for our dinner. We just enjoyed the beach and returned back to enjoy our sumptuous dinner. Thanks to the couples of the Adrenaline Romance. Though I wasn’t able to last long during our socials as I passed out early after our dinner as I was really dead tired.

The day after and the next destination we will be hitting. 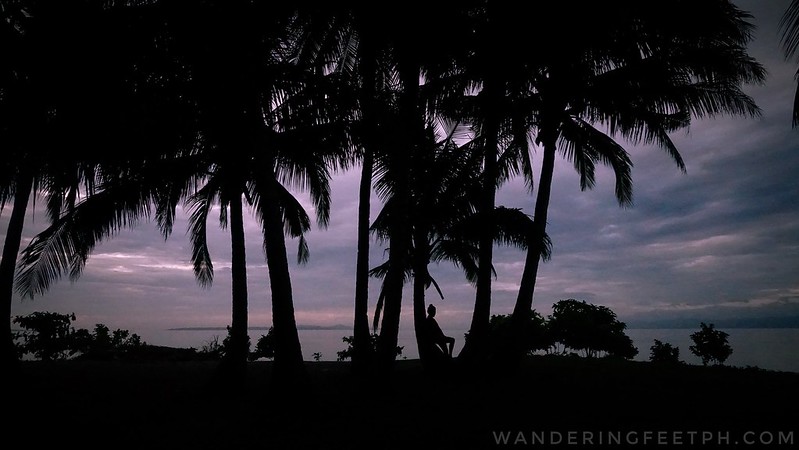 Early morning we woke up to prepare our breakfast. We readied ourselves early as we will be hitting another destination which is Canigao Island of the municipality of Matalom. After we had our breakfast, we broke camp and waited for our boat to pick us up. The weather was so good compared to the previous day. The sun was out embossing the white sands and the aqua marine waters of the island. Just when we were about to leave the island, that was when the sun came out. Maybe the sky was giving us enough reason to revisit the island someday. But whatever, I will still be visiting the islands someday. Someday when the weather is good and the sun is out to kiss our skin tan.

Last note for the island 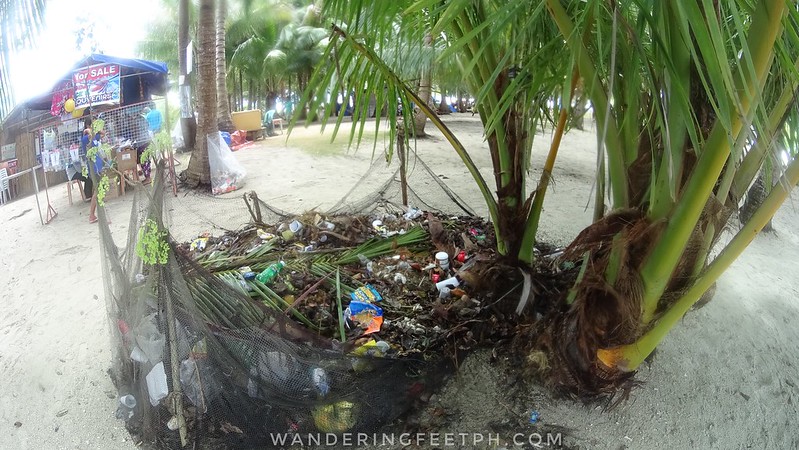 With the increasing number of visitors on the island day by day, it is not impossible that there will be damages on the island sooner or later. Damages on the marine life and the cleanliness of the whole island. Especially when we witnessed that there are jet skis running around the island and passing through the supposedly protected marine sanctuary area. I have no idea if those jet skis were brought by some of the visitors or there really are jet skis for rent on the island. Also witnessed several piles of trash on the island. I can only hope and pray that the local LGU and residents on the island would tighten their rules with regards to the preservation of the whole island. We as visitors can also do our part by educating ourselves and to always keep observing LNT (Leave No Trace) principle not just on this island but also to any places we will be visiting.

Check out my vlog for this trip and don’t forget to SUBSCRIBE as I post my travel vlogs on my channel.

6 Replies to “Cuatro Islas: Four Islands to Satisfy your Beachlust”