There is always something exciting with going to new and unfamiliar places. It opens your eyes to something new and opens your mind to new experiences. I am born and raised in Cebu and have been roaming around its places for years already but have rarely visited the northern part. Cebu does not run out of spots where you can unleash the adrenaline build-up and satisfy the wanderlust in you. I believe there are plenty of remarkable places in the Northern Cebu that has yet to be discovered.

Just this late April 2017, my blogger and Instagram mates decided to hit some of the less visited islands of Northern Cebu. It so happened that a holiday sits on a Monday, giving us a long weekend to utilize for our island hopping. It was a short notice on my part. I was informed just days prior the date set for the highly anticipated adventure. But still, nothing can hinder a soul longing for another adventure.

Friday night, the last working moments of the week, my feet can’t stop jittering due to the excitement i felt. In just several hours, we will be meeting on the bus terminal for our 3-day quest to the Northern Cebu islands. We arrived at the terminal early in the morning around 2 AM. But unfortunately, we were able to get on a bus after at least 2 hours of waiting. It was a weekend, so the bus terminal was swarmed by people trying to go to the northern provinces. 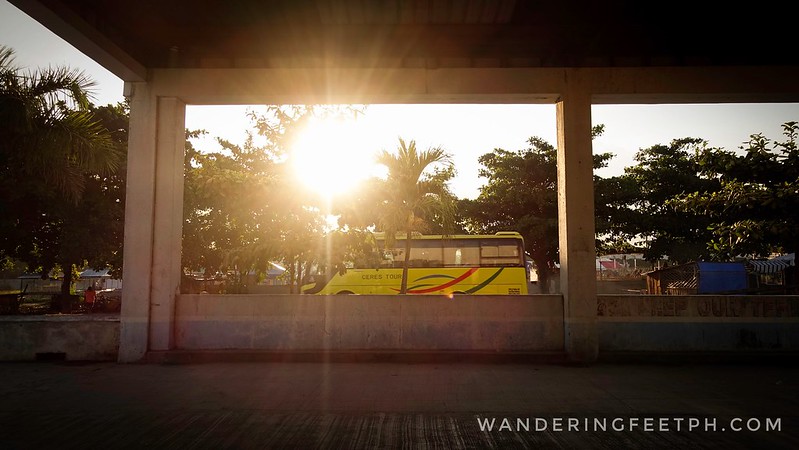 It was already around 4 in the morning when we were able to get on a bus. Luckily the driver knows how to step on the gas that we arrived in Bogo within 2 hours. From Bogo, we took another bus bound for Daanbantayan where we met with Sir Mike of The Traveling Panda. From there we readied ourselves for our first day stop. Guintarcan Island.

Lucky to Hook the Last Trip 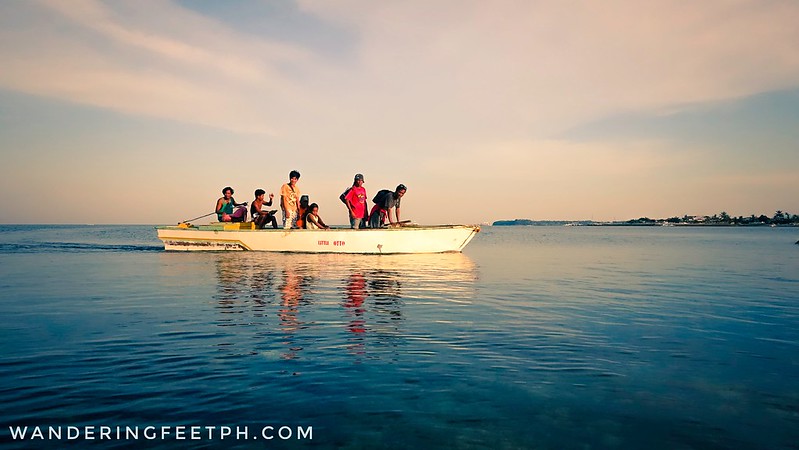 Straight from Guintarcan, we went straight to Maya port to catch at least the last 5:30 trip to Malapascua Island. We did not bother rinsing ourselves since we were running out of time. When we arrived at the port, it was already 5 in the afternoon but we still have to buy for our food supplies to cook in Malapascua. With the 30 minutes window, we doubled our time and quickly bought our supplies. Luckily with the joint effort, we made it right on time. The trip heading to Malapascua Island with the golden sunset. We had the greatest view while traversing through the wavy waters. The surrounding’s hue was dreamy. 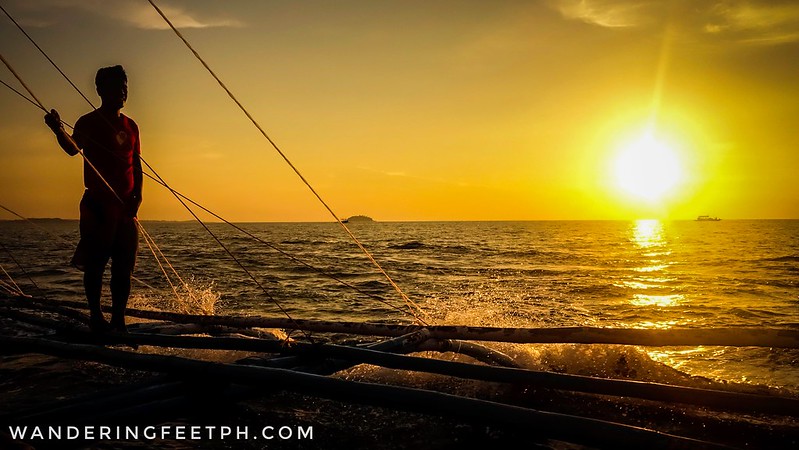 We were tired and our skins felt greasy when we arrived at the island of Malapascua. We planned to just camp out by the beach since we were bringing tents and cook sets. But everything changed when almost all of us felt the need to release the demons within our bellies and to wash our greasy bodies. So we looked for a cheap accommodation with clean shower and toilet rooms. It was a warm night and the accommodation rooms felt like an oven toaster. Some of us decided to pitch tents and sleep by the shore. 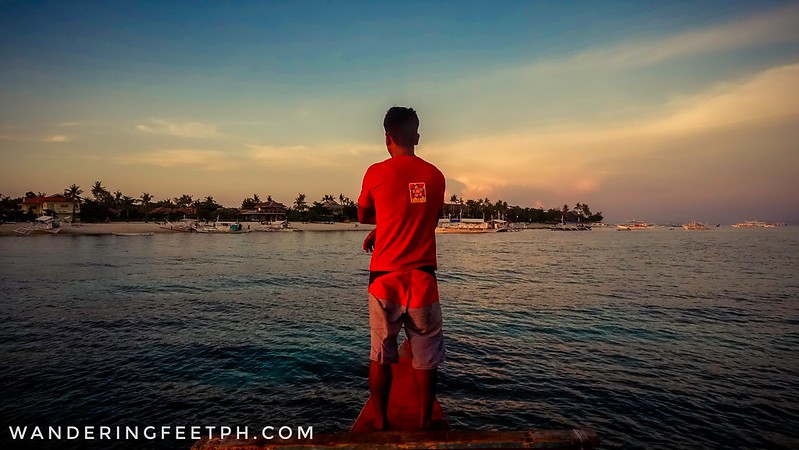 Sunrise at the Beach 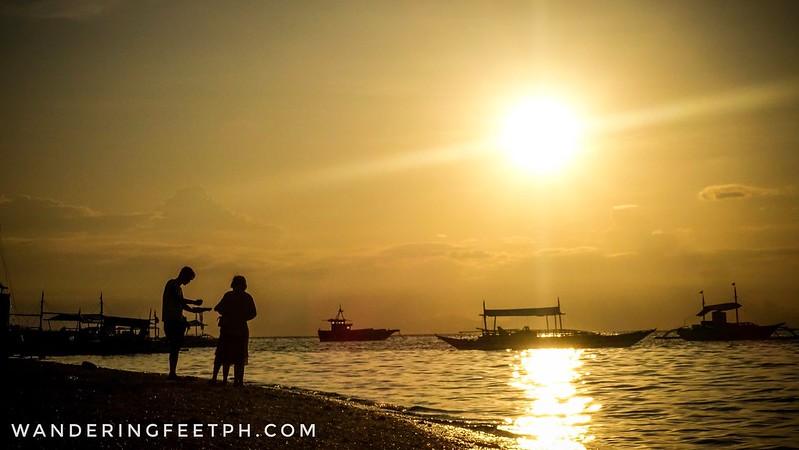 The sun woke us up early demanding us not to waste time. We then cooked the food we brought and had our breakfast. The day started to get hotter and hotter as the sun slowly ascends to its throne. My other mates savored the island of Malapascua as I laze on the bed. It was already mid-noon when we departed the island of Malapascua for our next destination, Carnaza Island.

After an hour of sailing through the calm waters, we were then greeted by the beauty of the unspoiled island of Carnaza. We docked on one of the coves of the island. The good part was that the cove was solely ours. There was no one else but us. The place was ours for a day. The water was so clear and very inviting. But the best part was the sunset view and the star-gazing moments during the night.

Flipping coins for the next destination

Morning came and we still have one more day to burn before the long weekend ends. We wanted to go ahead to La Manok Island, but the problems was we have no clearly arranged boat to take us to the island. If we weren’t able to get a boat, we have no choice but to take the early 7AM boat ride back to Daanbantayan, Cebu. But that’s not what most of us wanted. We wanted to experience the less visited island and at least take a glimpse of it . Luckily, one of our mates was able to haggle a local to take us to the said island. Like kids, we cheered due to the excitement.

Ecstatic, we departed Carnaza Island for this very elusive small island in the middle of the ocean between Masbate and Cebu. La Manok is less visited due to its accessibility. To get to the island, you have to charter a boat. The island is nearer in Masbate than in Cebu and there is no other near neighboring island than Carnaza Island, which by itself is around 2 hours of boat ride from mainland Cebu. Regardless, with all the effort, you will be rewarded by its majestic view. With a sand bar stretching from one island point to the other, and the crystal clear aquamarine waters. You’ll find yourself enchanted by its beauty. 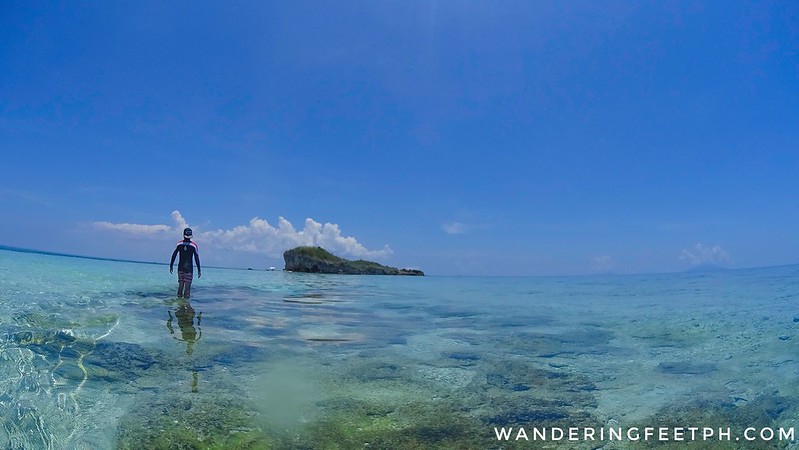 It was already afternoon when we arrived in Daanbantayan of the main island of Cebu. We ask a local establishment to allow us to change clothes before we take a bus back to the city. The locals were hospitable and generous enough to allow us. We were able to ride a bus back to the city late in the afternoon. It was already late night when we arrived in the city and went back to our individual home to take our rest before we hit our corporate lives the next morning.

I realized that every place is naturally beautiful by itself. It is only because of how we, humans, treat it that it gets destroyed. So it would be very helpful if we help each other in educating ourselves on how to keep the beautiful places that mother nature gave us. We must practice and observe the LNT (Leave No Trace) principle.

5 Replies to “Trip to the Tip of Northern Cebu”