Philippines is one of the countries with diverse culture. With several ethnic groups, each with their own traditions and way of living, the Philippines is a library of rich and colorful cultures. Historically, the country was occupied and colonized by several Western and Asian colonizers, thus explains the mix of culture and traditions. Aside from the remote and mountainous areas of the country, there is a specific region where culture still lives as intact as it can be. And it is in the land of Mindanao.

Mindanao is known to house most of our Muslim Filipino brothers and sisters. That is because, geographically, Mindanao is just a stone away from our neighboring countries with strong Islam traditions. Roaming around the provinces in Mindanao will give you a feast of Islamic culture in the form of traditions, languages, foods, and architectures. You’ll lose count by the number of mosques you’ll pass just by coursing through the highway. Mosques from the very simple ones up to the grandest in the country, you’ll find it in Mindanao.

Last December when I had the chance to revisit the land of Mindanao for our SOCCSKSARGEN trip. Having seen several pictures of the Cotabato City’s Grand Mosque and Maguindanao’s Pink Mosque, my soul cannot be put to peace if I have not visited these places yet. With the opportunity in front,  I did not let the chance, to visit these Mindanao Mosques as well as other architectural grands in Mindanao, pass by. That is why we slipped some of the famous Mindanao Mosques into our itinerary.

Before we jumped to our journey, we filled our bellies first and had our last group photo with Aries who was not able to join us for our next destinations.

Here are some of Mindanao Mosques we visited and a short snippet of stories behind each structure: 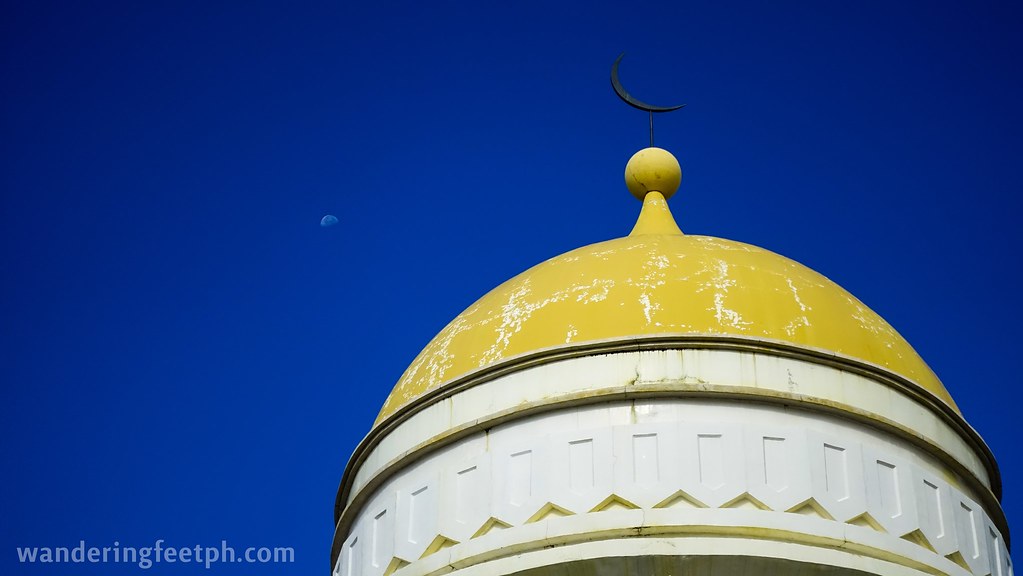 Also known as Sultan Haji Hassanal Bolkiah Masjid, this mosque now stands as the country’s largest mosque. The mosque flairs its grandiosity near the coastal tip of Cotabato City where it flaunts its golden glow especially during sunsets. 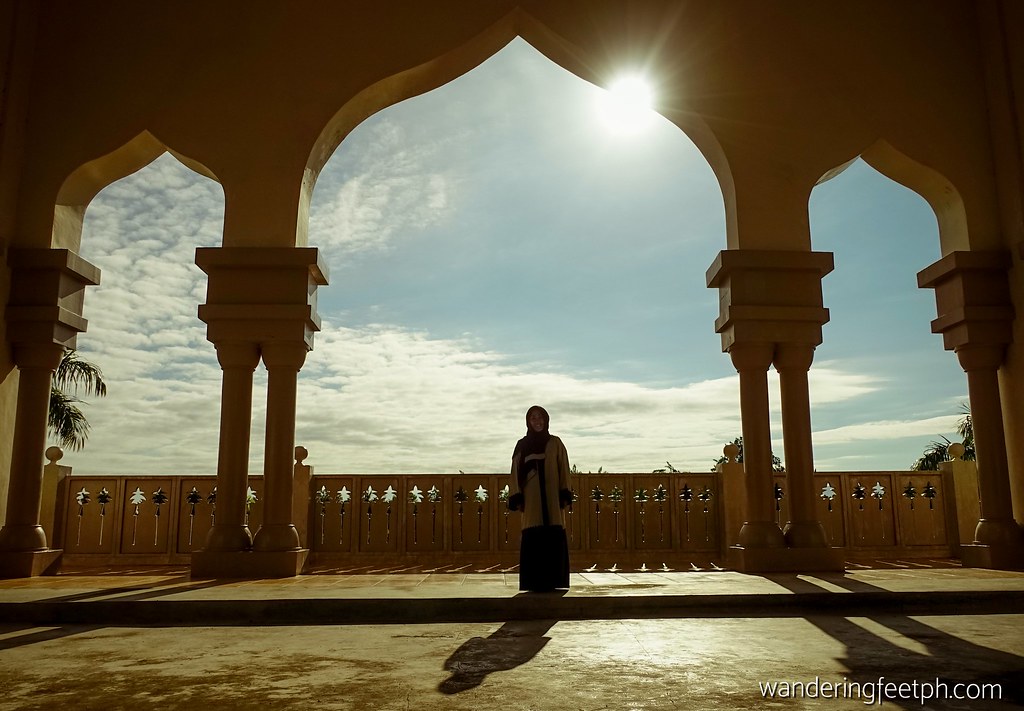 The construction of the mosque was personally funded by the Sultan Hassanal Bolkiah of Brunei as a gift to the emerging Muslim community in the Southern Philippines. 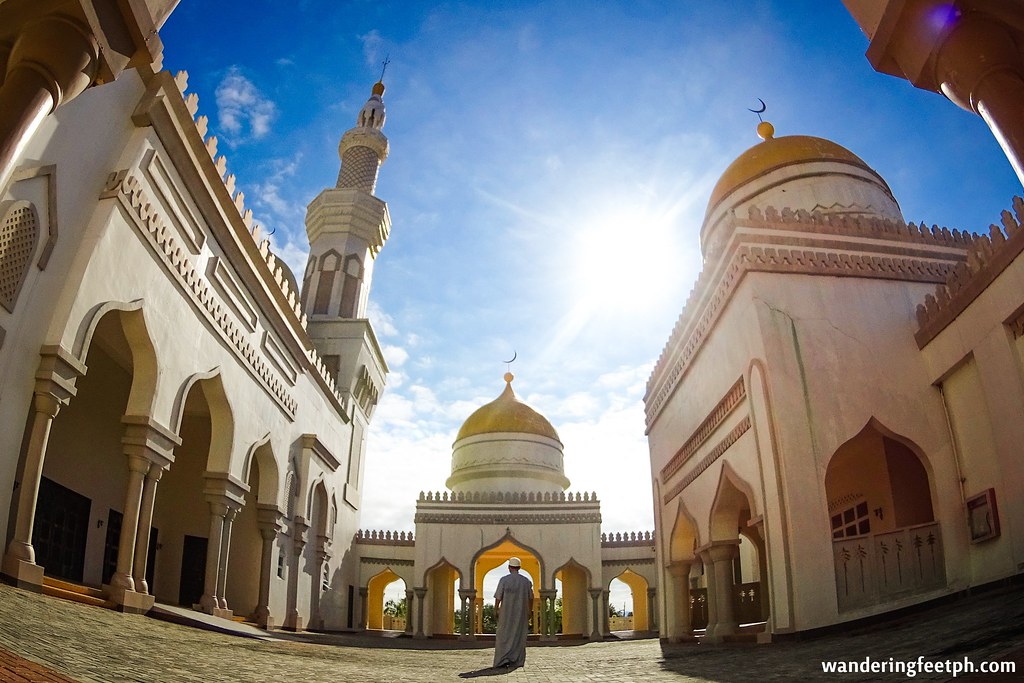 Reportedly costs millions of dollars, the greatness of the mosque can be seen from the intricacy of its details. 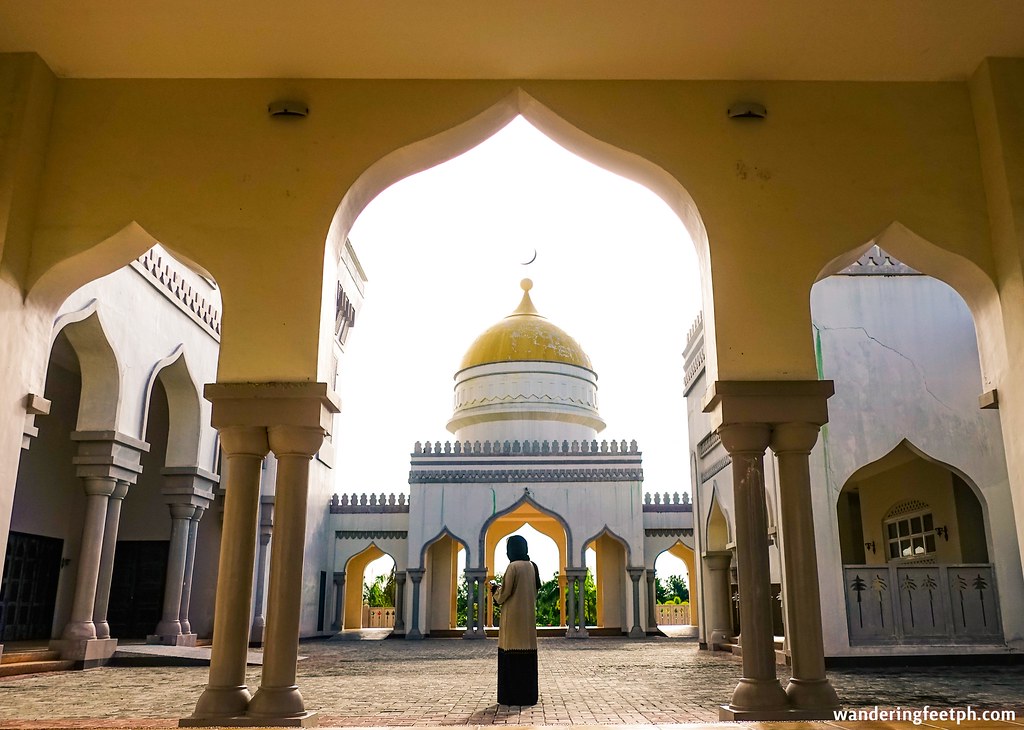 The mosque is not of the same level as that on the foreign Islamic countries with high dense of Muslim population though, but it has a rich background and purpose. 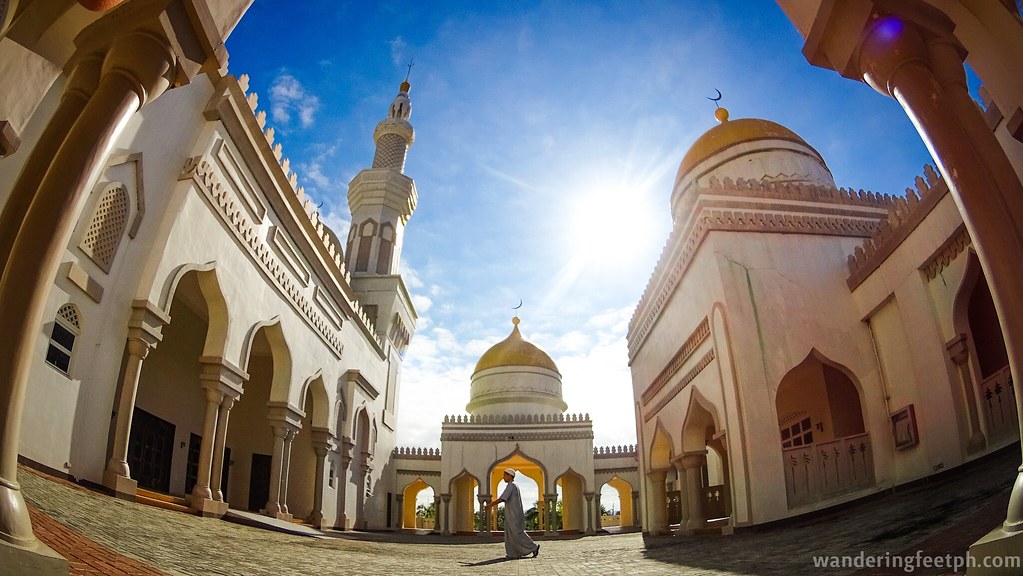 The mosque also symbolizes the hand to hand cooperation and unity of Muslim and Christian community as well. It was designed by a Christian Filipino architect Felino Palafox. 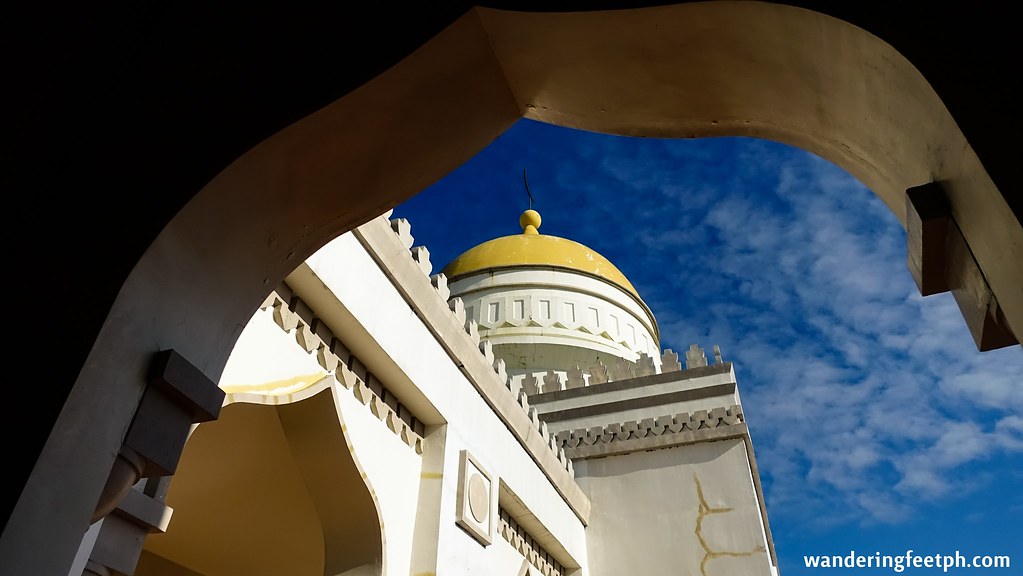 The curvature of its domes and the wall’s striking golden hue suggests the “grandness”of the mosque. 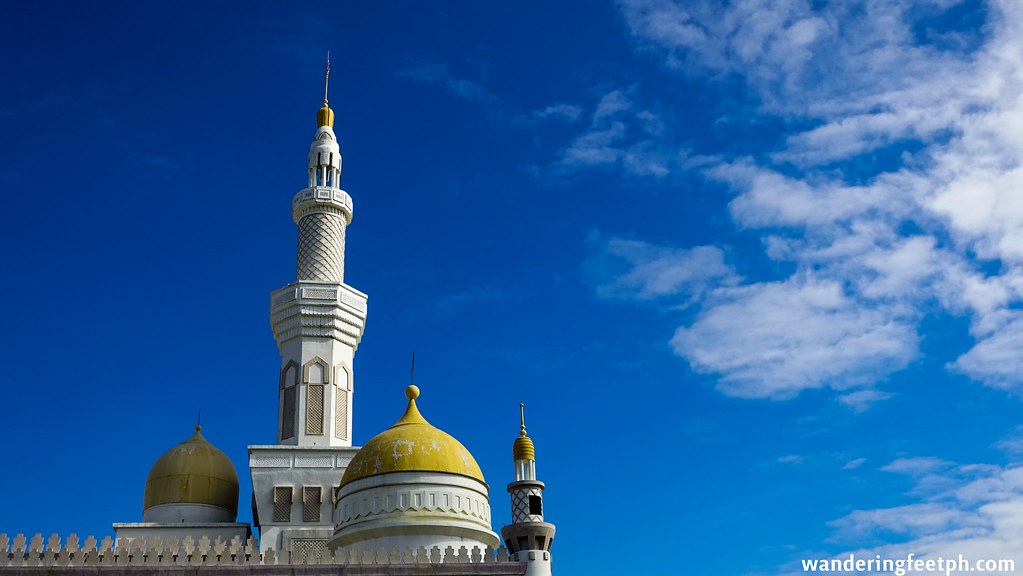 The iwans and the intricate minarets and wall details greatly shows the strong Islamic tradition embedded on the structure. 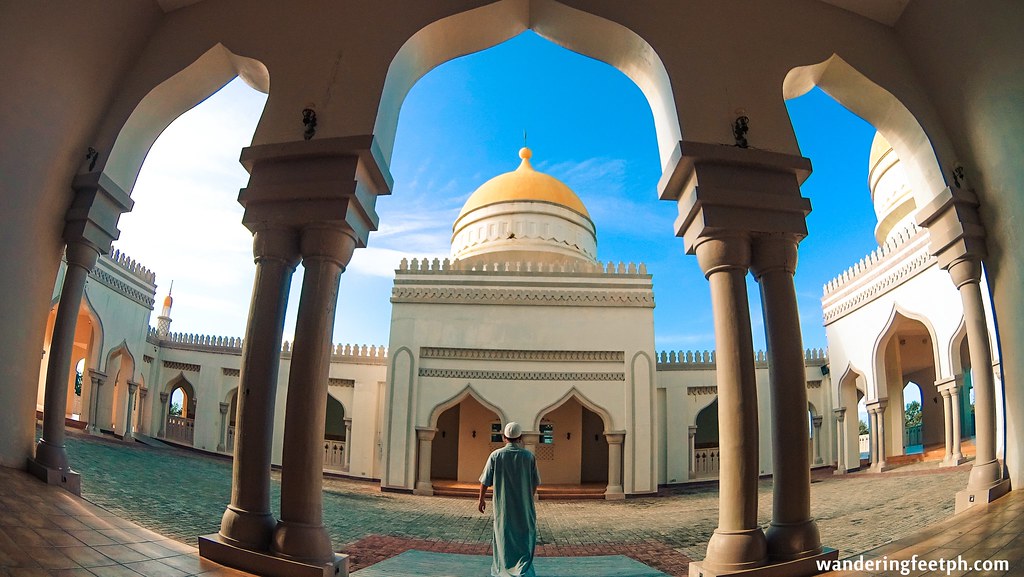 Because we were greatly amazed by the architecture, we did not notice that we already spent more than an hour taking pictures inside the mosque’s premises. 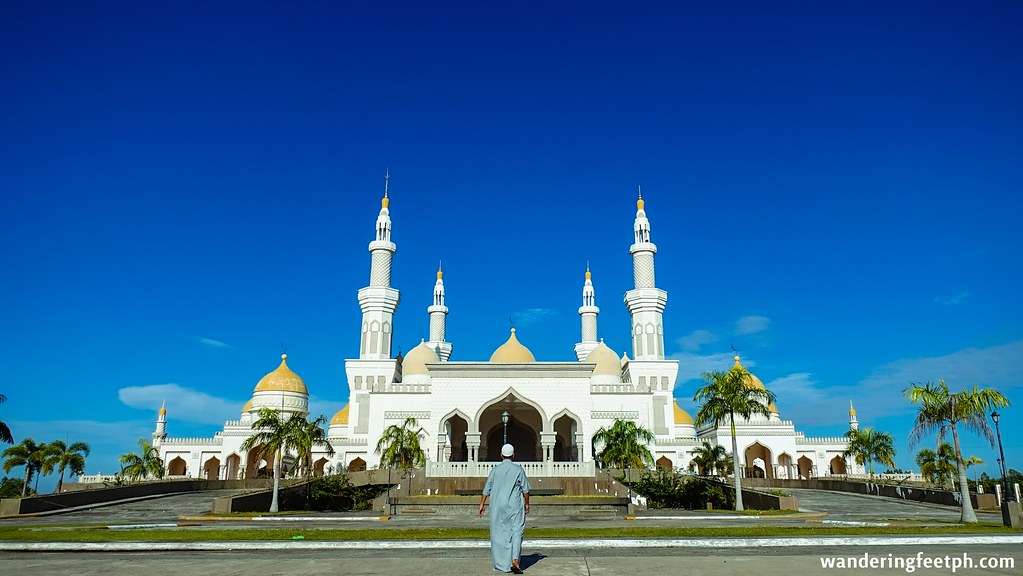 HOW TO GET TO GRAND MOSQUE 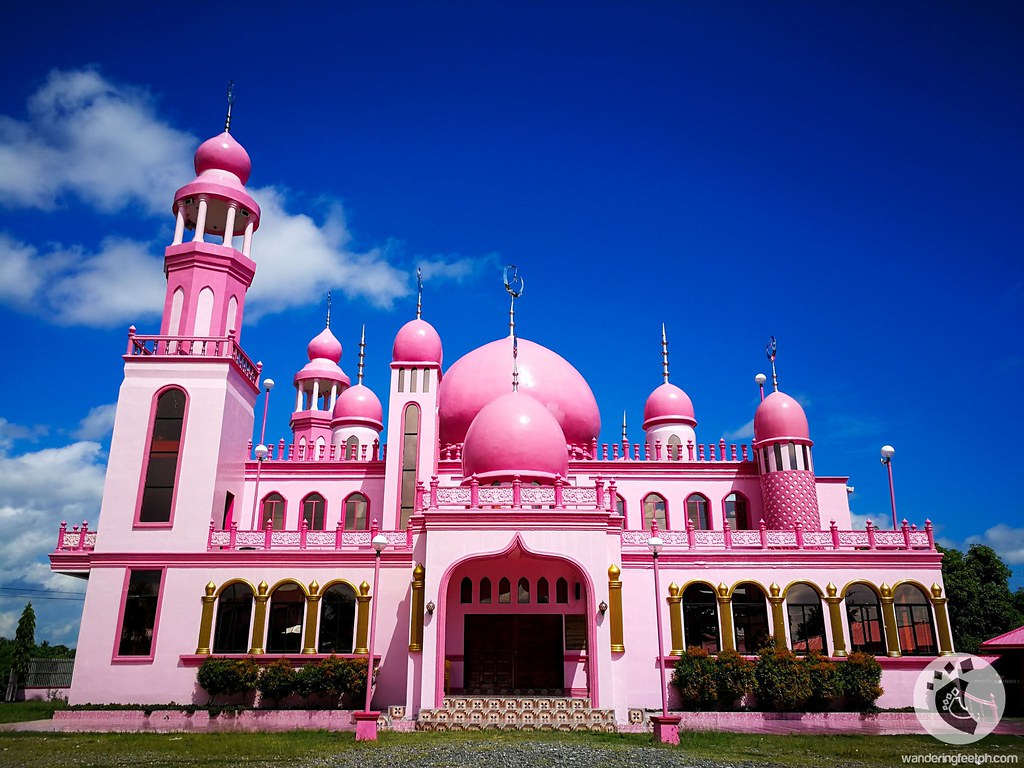 Obviously this mosque got its fame due to its color. Painted with pink and accentuated with metallic silver, this mosque will surely stir curiosity among the visitors. 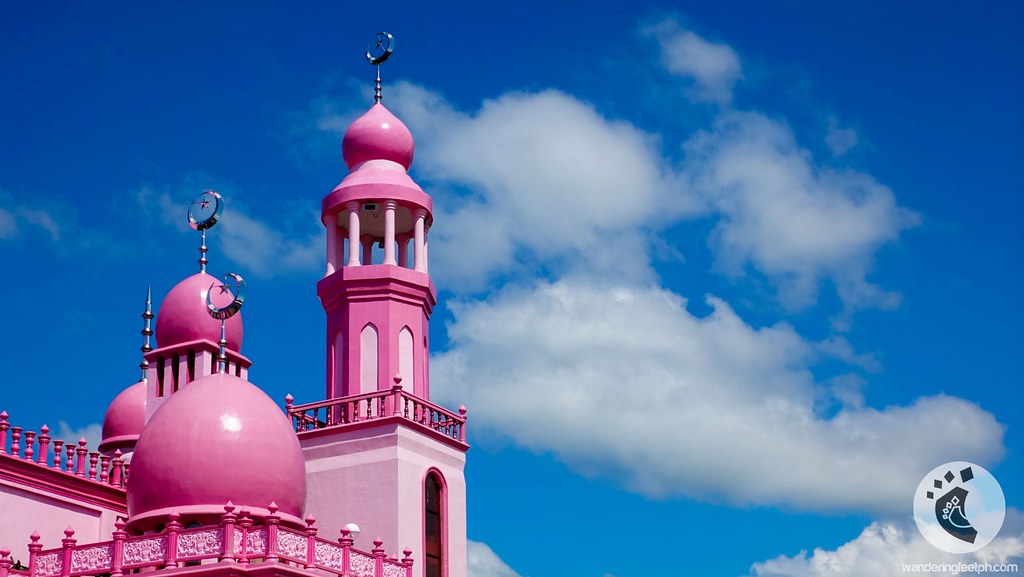 The construction was funded by the mayor and sits on the mayor’s family’s property. The mosque can be seen along the highway of Datu Saudi Ampatuan in Maguindanao. 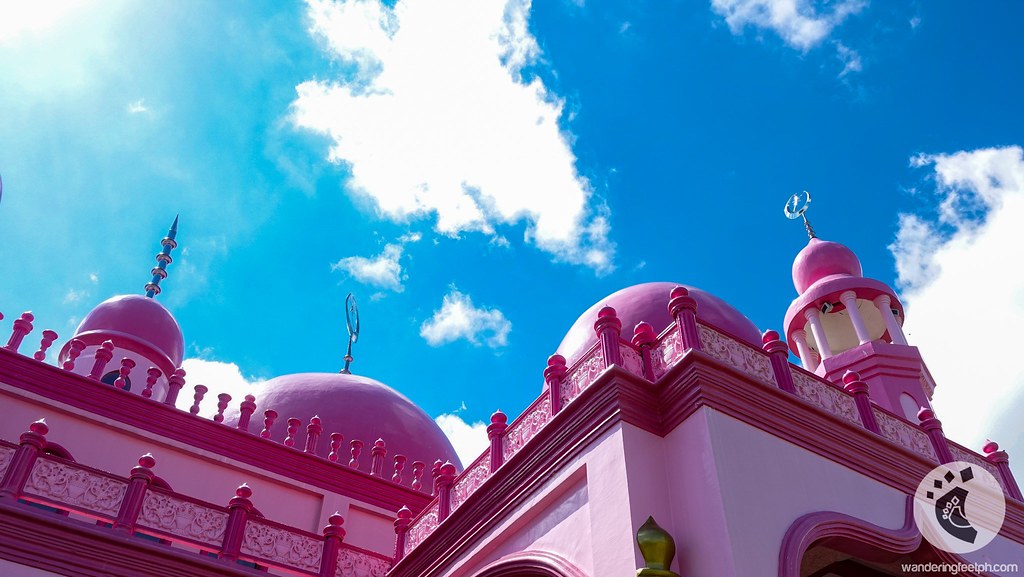 By the book, the mosque is colored pink to symbolize peace and unity as it was also built by men of different spiritual faiths. But among the locals, pink is the favorite color of the Mayor’s wife, thus explains the color. 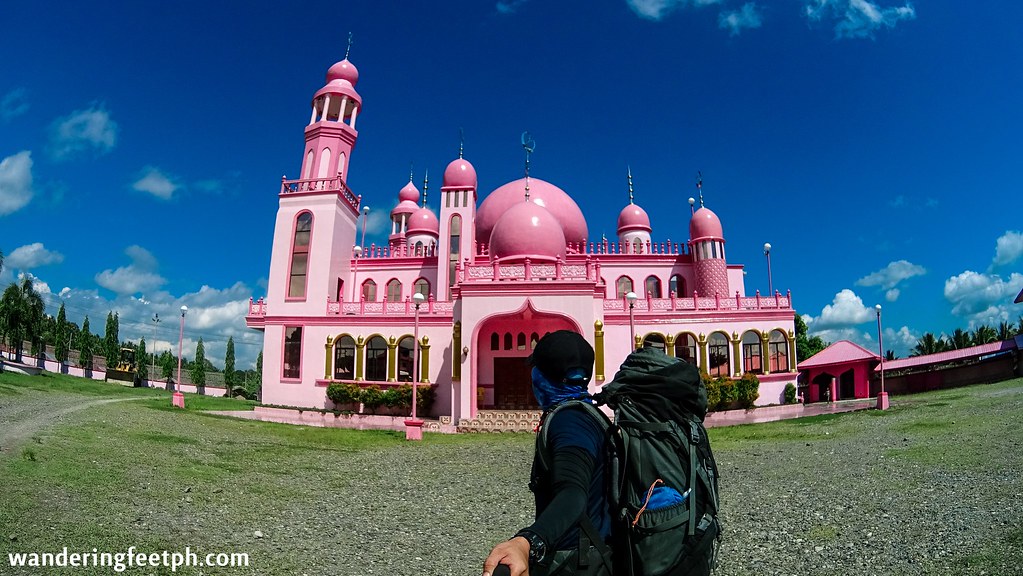 It was still 10 AM when we arrived but it was already searing hot. It is because there are no tree shades along the highway. There were no people on the mosque premise when we got there. We could have gotten inside the mosque, but we were told that the prayer hall is only for Muslim people. As a respect, we just remained outside under the heat of the sun. We just took photos and went on our way to our next destination. 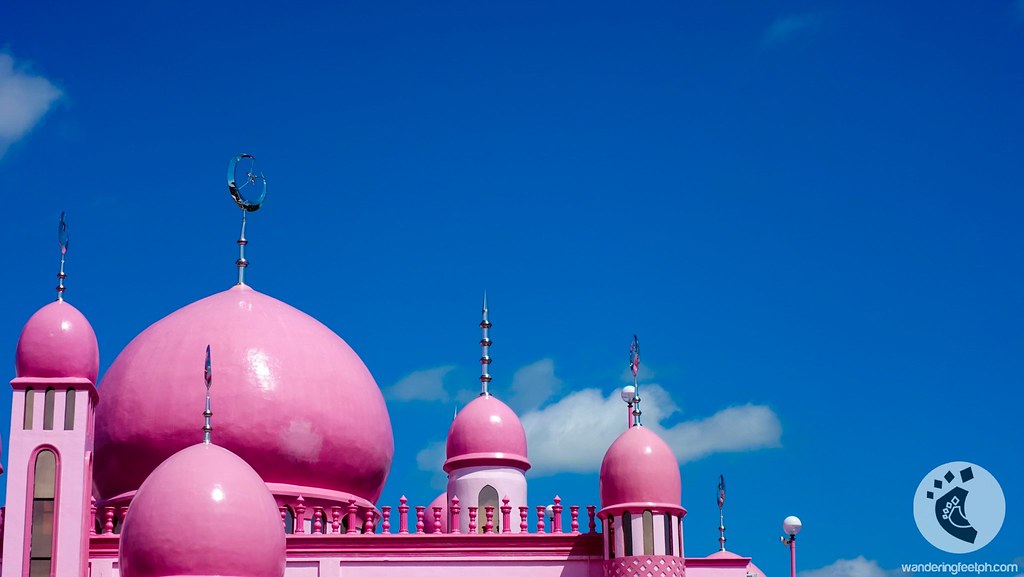 HOW TO GET TO THE PINK MOSQUE

One Reply to “Cultural Architectures and Beyond Mindanao Mosques”