A city haunted by its dark reputation of family feuds and civil wars, Cotabato City stands still and strong amidst the dark smoke of these histories and rumors. Flaunting its colorful veils, Cotabato City is decorated with magnificent structures and cultural flairs hailing it as the “City of Cultural Charms”. Within the reach of the city are also equally charming gems that will surely capture any hearts.

Just recently, my feet were able to kiss the soil of the City and my tongue got to taste a bit of its palete during our SOCCSKSARGEN trip.

Here are the nearby places you can visit when in Cotabato City: 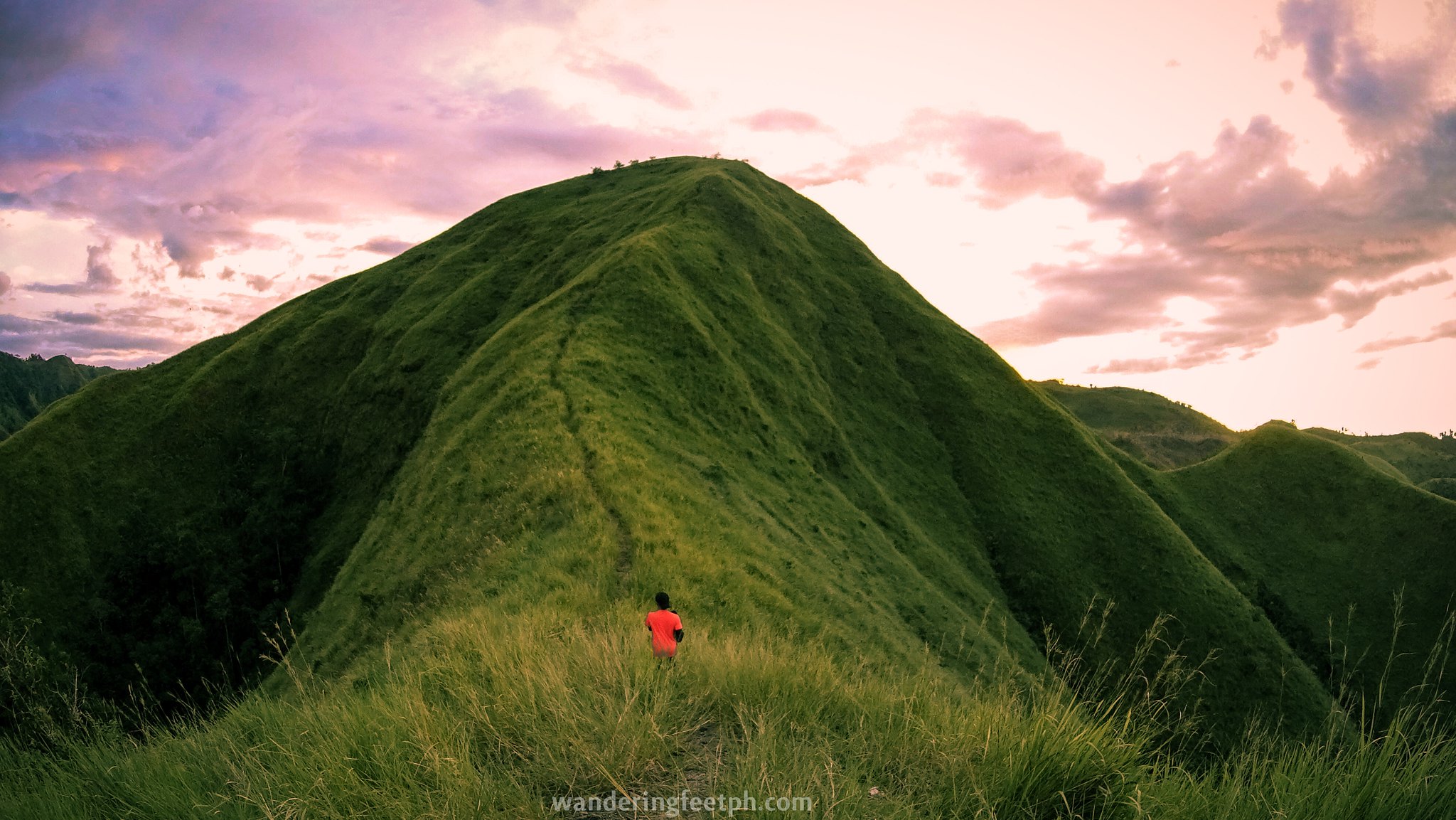 Mt. Minandar is not quite known yet in the world of mainstream mountain climbing. Maybe because of the fact that it was opened to the public just recently. Mt. Minandar offers a breath-taking view that can be on par with some of the mainstream mountains usually climbed by mountaineers. I am pretty sure, with the right exposure to the public and media, this mountain will soon find fame among the mountaineers.

Mt. Minandar is located in Brgy. Kusiong under the municipality of Datu Odin Sinsuat or commonly referred as DOS. The mountain offers a lush grassy landscape perfect for pictorials. Facing the seaside, you can see from afar the nearby Tamiko Hill, Mt. Kabalala-an, and the Grand Mosque of Cotabato City. 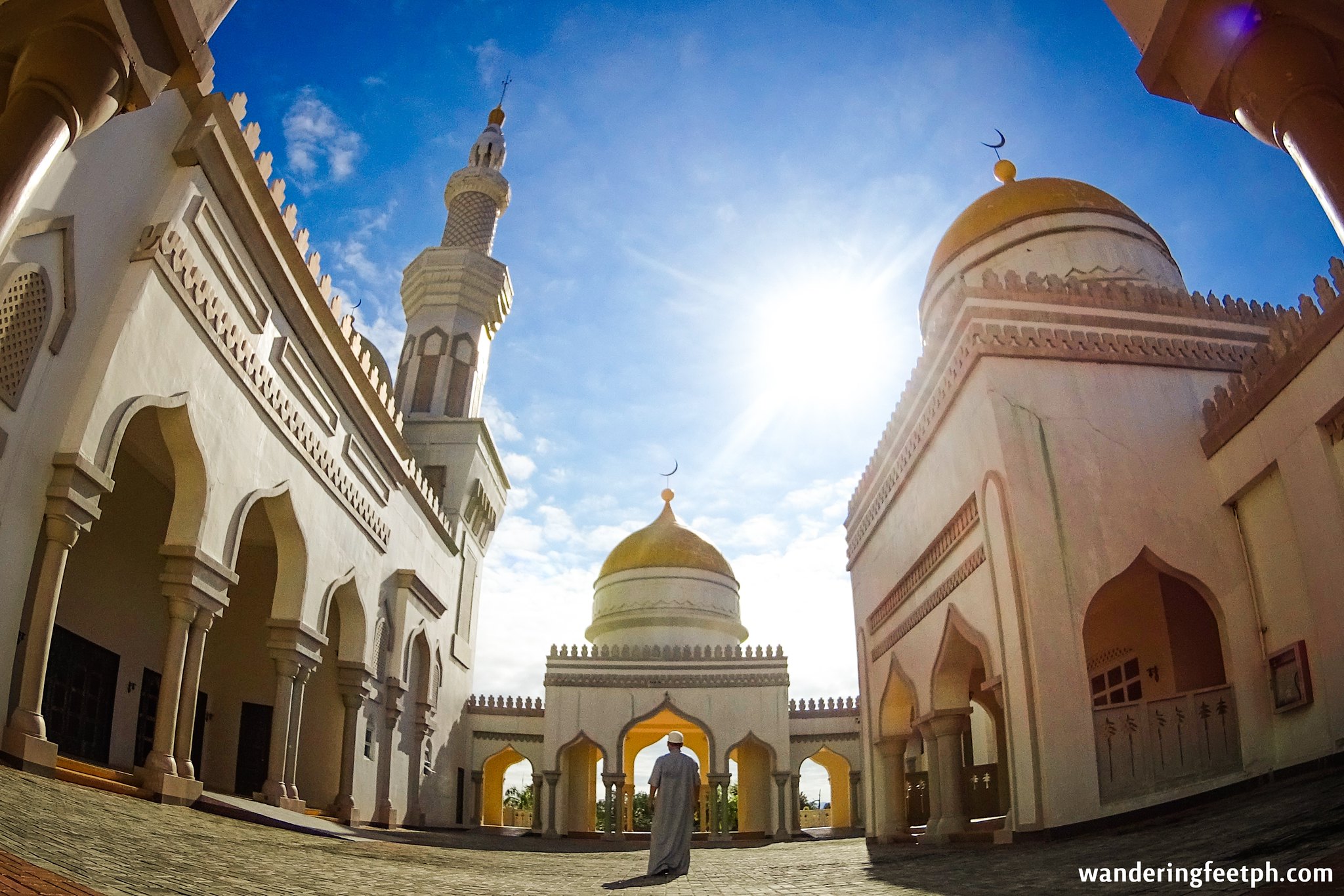 Also known as Sultan Haji Hasannal Bolkiah Masjid, this magnificent structure is, by far, the largest mosque in the Philippines. Funded and donated by a Sultan of Brunei, this multi-million dollar mosque stood tall last 2011. Since then, it has been one of the signature structures that frontiers the city and its tourism. Plenty of people, regardless of their religion, visit the place and get awed by the greatness of the building.

You can visit the nearby famous mosques. Check it out here. 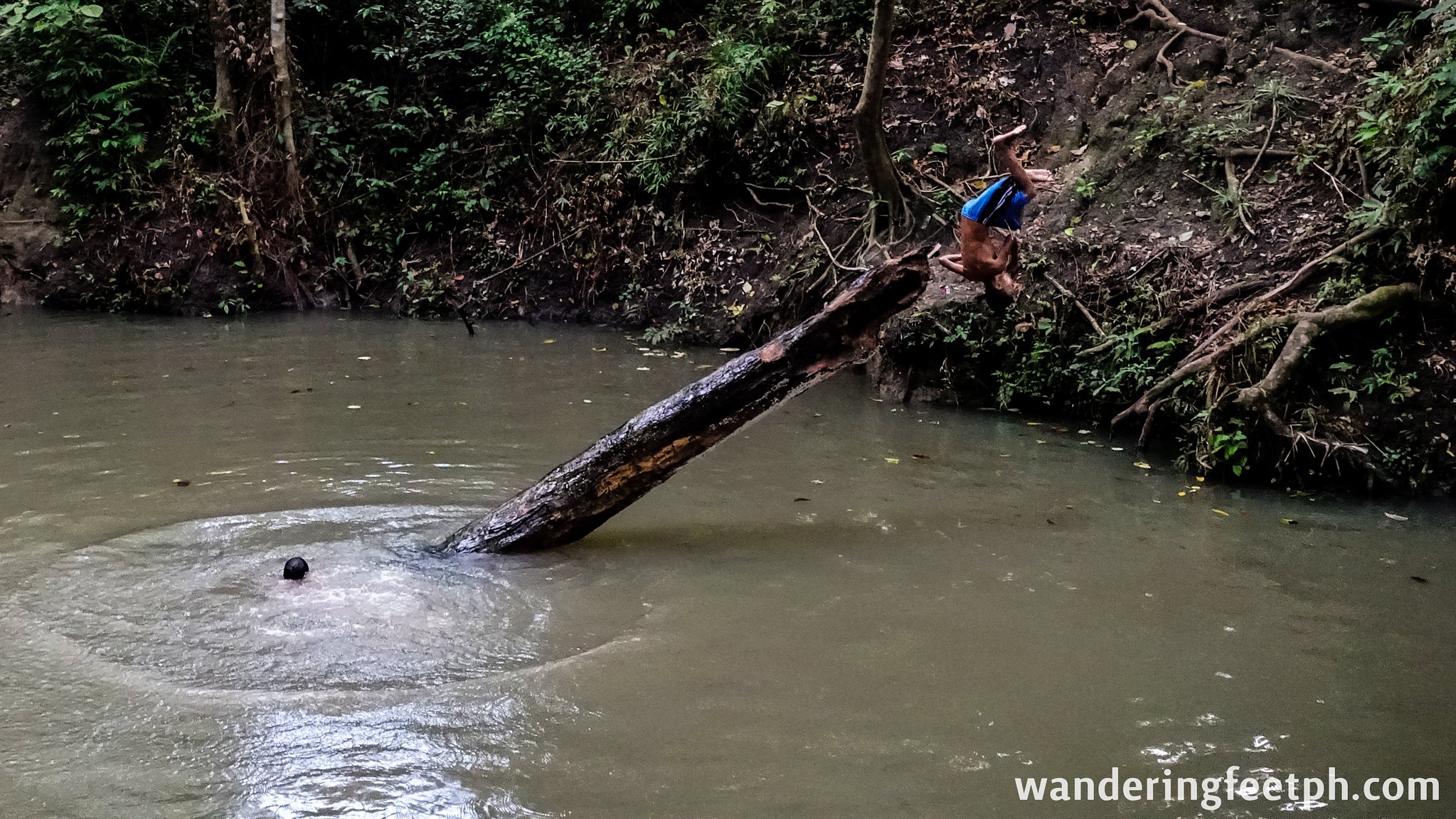 Maguindanao’s Blue Lagoon is already quite popular over the internet, especially on the social media. The lagoon is located just a few meters away from the highway in the municipality of Datu Odin Sinsuat, just behind Margues Public School. This has been the common playground of the locals and where the local children mostly enjoy their vacant time. The lagoon is actually quite small and has a turquoise color, especially during the early morning when the water is placid and unstirred. But truth be told, when it rains days prior, the water turns to murky brown. Unfortunately, it rained the day before we visited the place and so we weren’t able to witness the lagoon in its full beauty. It really is best to time your visit and make sure to visit the lagoon early in the morning on days with good weather. 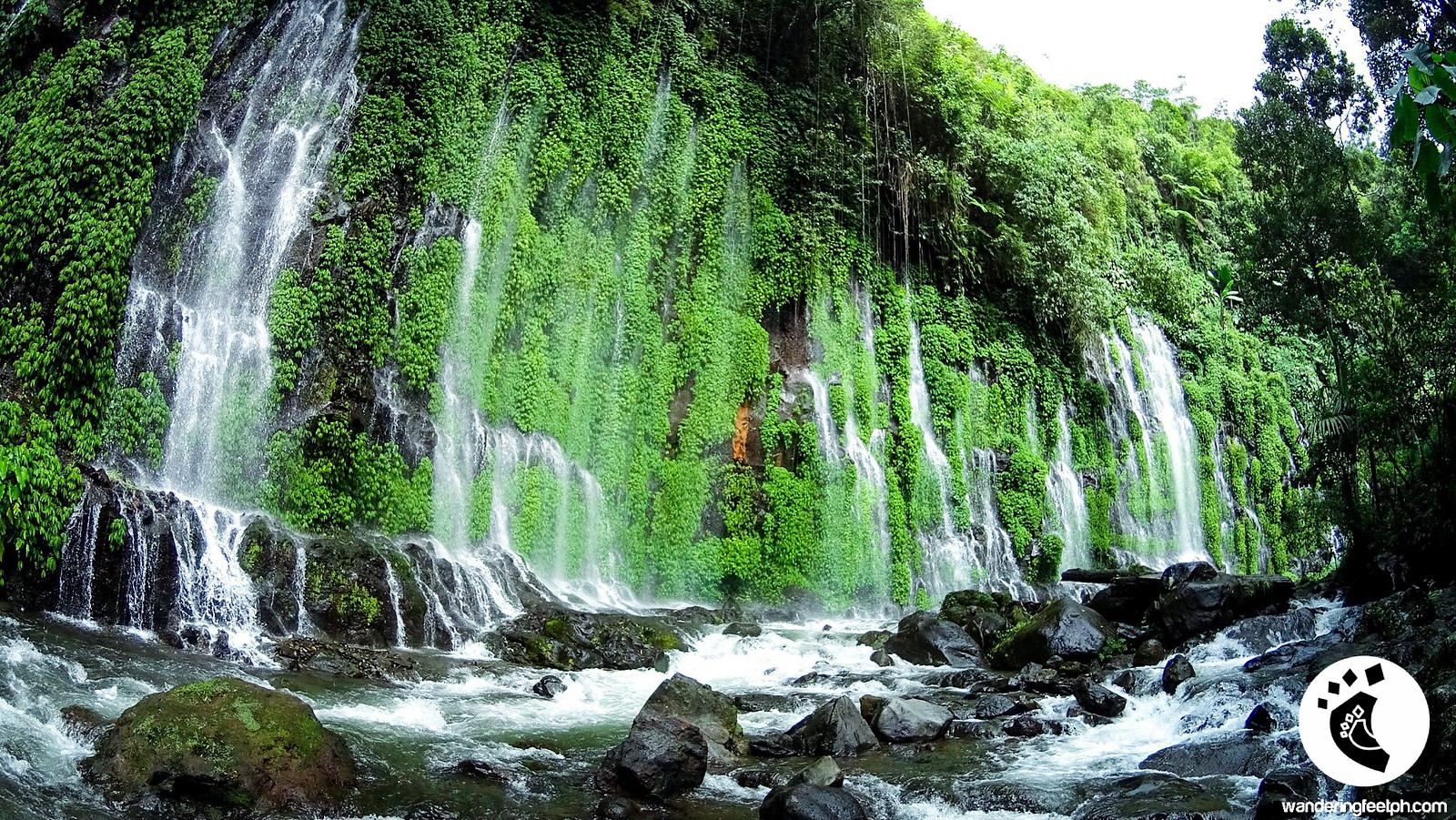 How is it to visit Cotabato City?

When visiting Cotabato City, one must not miss savoring its golden palettes. Indulge yourself with their “chicken pastil“. 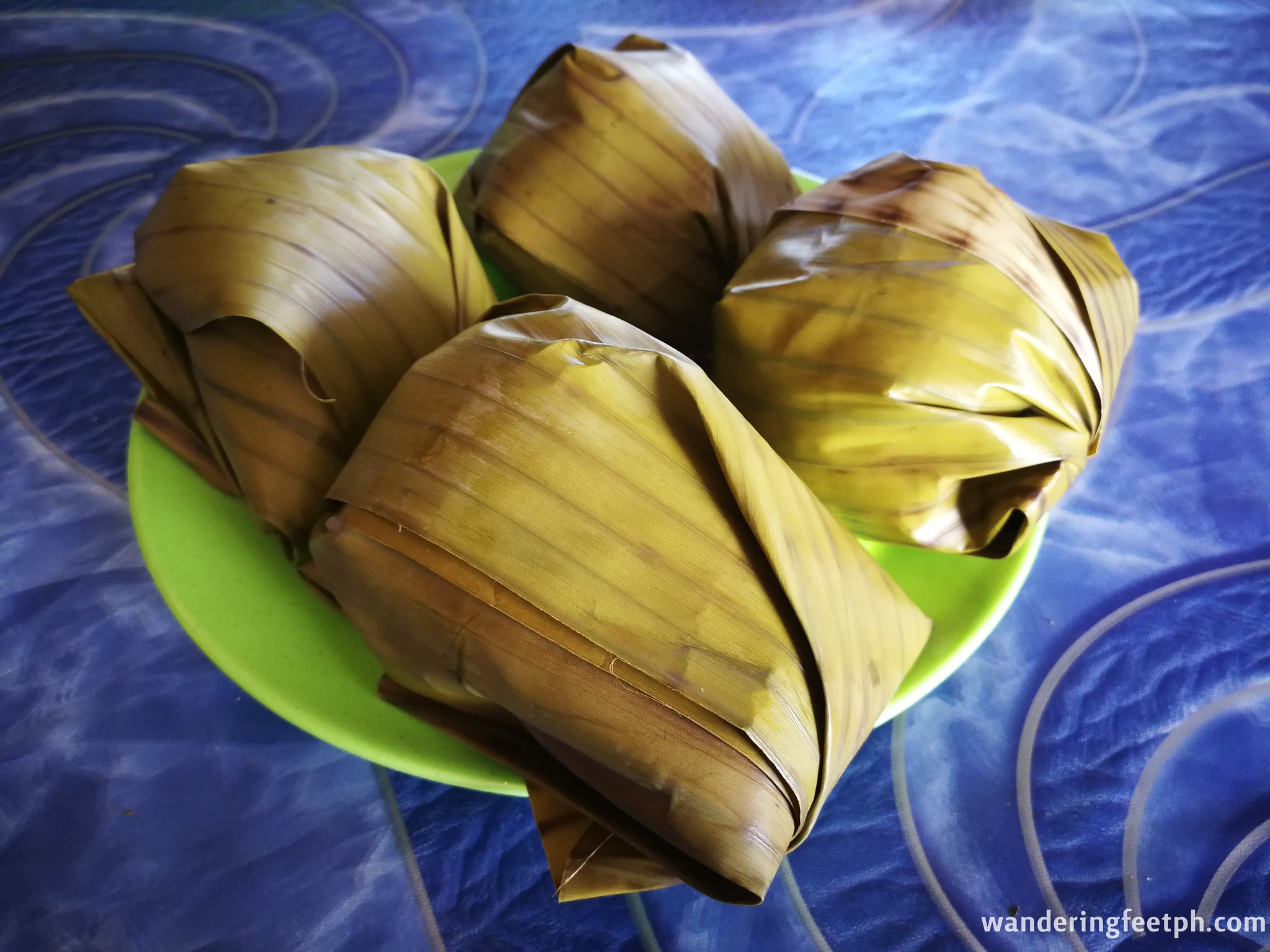 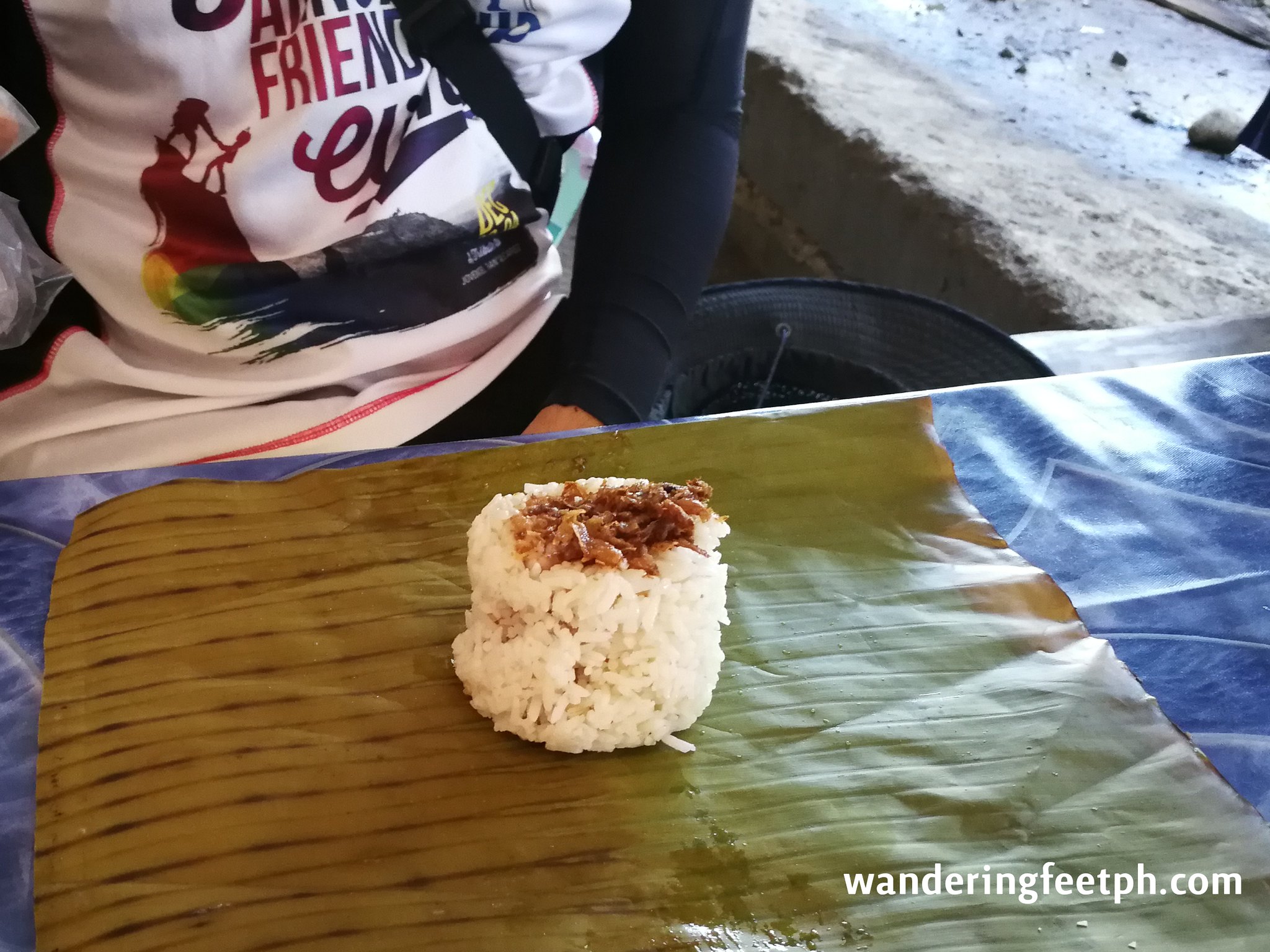 Chicken Pastil is a common native dish and is widely available in the Muslim part of the Philippines, especially in Maguindanao province. It is made of cooked rice topped with a sauteed chicken on a special mix of spices and soy sauce, then wrapped with a heated banana leaf. It usually just cost around 10 pesos each. As a budget traveler, this one up my staple food during my stay in Cotabato City. Not only because it is cheap, but because it actually tastes good, especially when drizzled with a little bit of native vinegar.

Staying for days in Cotabato City is not a problem. There are plenty of cheap hotels and pension houses within the city. Transportation is also easy. Jeepneys and tricycles are widely available and their route system is quite simple. One thing that quirks me during my stay in Cotabato City was their language. Assuming that Cotabato City is mostly composed of Muslim communities, I was expecting to hear Muslim languages like Maranao or Tausug. But to my surprise, the common tongue people speak in Cotabato City is Ilonggo. Mainly because of the rampant migrations of the people to the Mindanao region during the previous eras. Regardless, the Cotabato City people can understand and speak English and Tagalog fluently. So there really is nothing to worry about when it comes to communication.

The number of the things you can do and the places you can visit near Cotabato City only proves the saying: “You cannot judge a book just by its cover”. You have to see and read it yourself. Experience and you will be astonished on what you will discover and be awed by things that you can do. Write your own personal review and not just relying on the words by someone else. But the most important thing is to enjoy Cotabato City when you get there.

3 Replies to “Cotabato City and Nearby Places to Visit”