June 11, 2016, the NCR Trekkers Club once again organized a trekking event to commemorate the annual Philippine Independence day, thus naming the event “Freedom Climb”. The climb also served as a pre-climb for the club’s Tres Marias major climb in Biliran on the following week, which I really envied a lot for I cannot join them due to several personal reasons. Again, we were invited to join their climb. This was my second time joining the club on their climb. The climb was set on Mt. Lanaya, which is located in Alegria, Cebu, then traverse to Malabuyoc. It was an overnight trek. If I counted it right, this would be my second time doing an overnight trek since most of the time I compress my climbs within a day to avoid bringing heavy bags.

The whole group was divided into two batches. The early batch, which departed from the city early morning, and the noon batch, which departed early noon. I joined the latter group. Meet-up was at Cebu South Bus Terminal. It was Saturday so we expected heavy congestion of passengers on the terminal. The waiting game for us to get on a bus was unexpectedly 5 hours which was longer than the trip itself heading to Alegria that took only 3-4 hours. 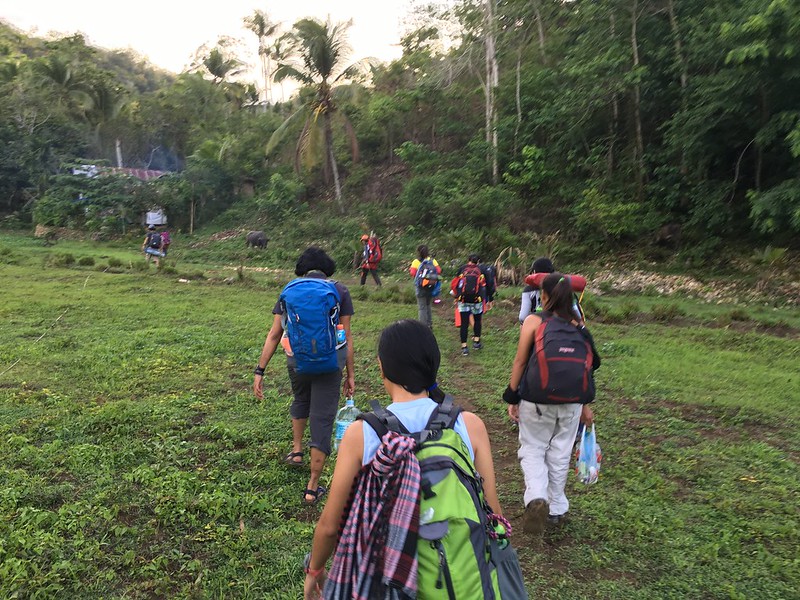 The usual Mt. Lanaya trail route is the Legaspi to Lumpan trail. But for this one, we did the reverse. We started in Lumpan and descended in Legaspi. Ascending via Lumpan was very easy. It only took us less than 30 minutes to reach our campsite where we met with the early group and spent our night.

The “socials” part made the climb quite memorable. 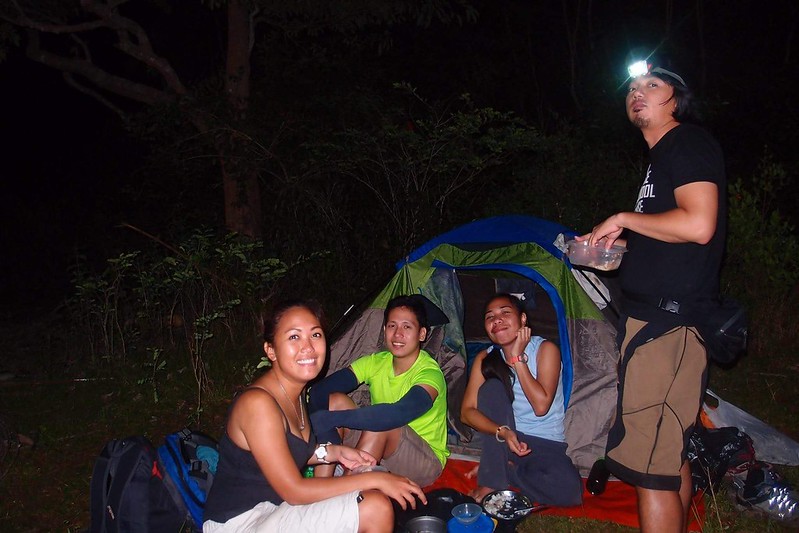 Though most of the faces were already familiar from the previous Mt. Babag clean-up climb. It was only this time that we really get to know, at least the names, and interact with each other. What made the socials workout was that it wasn’t just a typical get to know and talk. The organizers were creative to engage everybody in a game we call “The Wolf Game”. Getting in vibe with the people wasn’t difficult. Most of the participants were of my age and almost all of us are in the same field of work (Software Industry). The game went well that we didn’t notice that it was already late. Lights off by 11:30 pm.

Meeting the sunrise at Kalo-Kalo Peak. 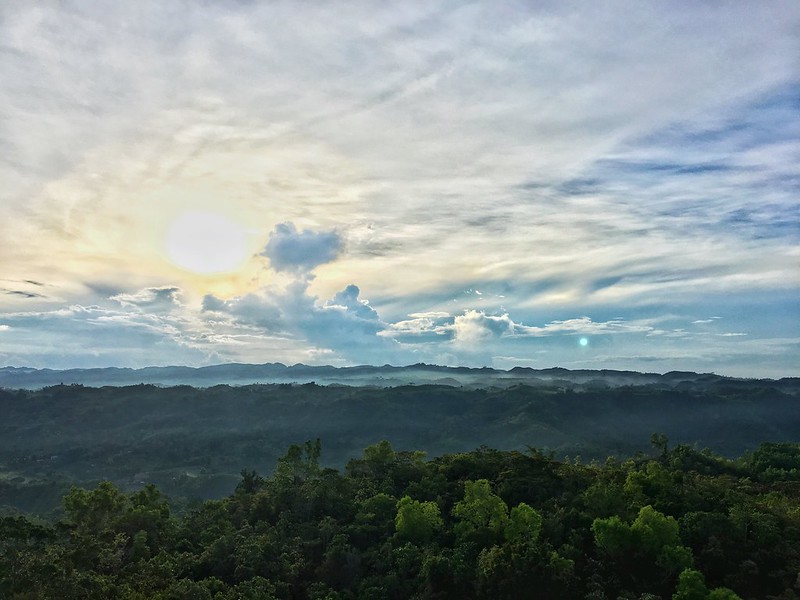 Summit assault started by 5:30 AM. Greeted the sunrise at the Kalo-Kalo peak of Mt. Lanaya. Some had their breakfast at the summit. At the summit, you can see the mountain ranges on one side while the calm sea of Tañon Strait and silhouette of Mt. Kanlaon of Negros on the other. 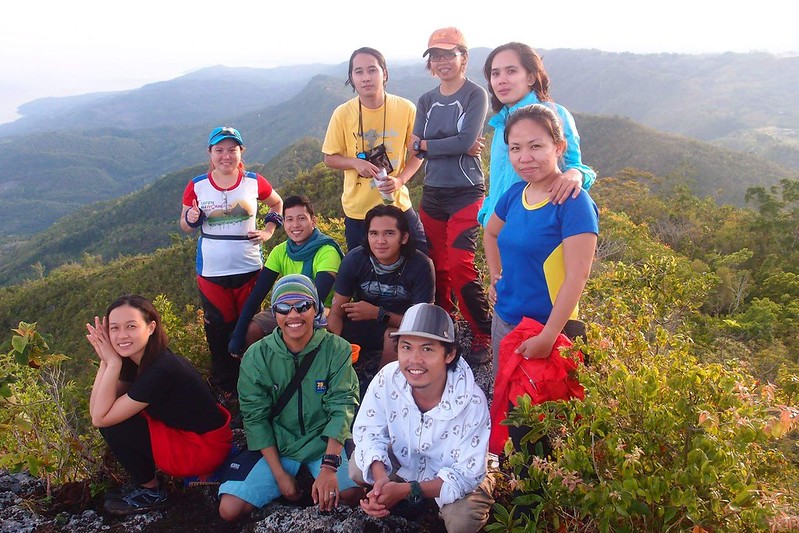 Broke camp at 8 AM and started our traverse to Malabuyoc via Legaspi trail. 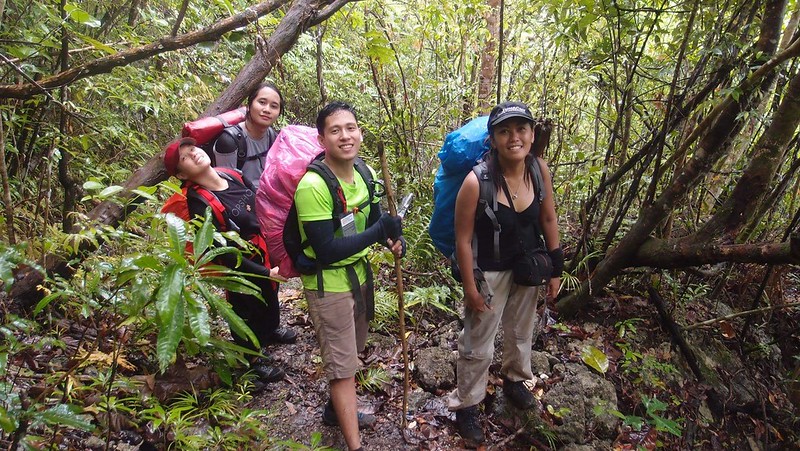 Legaspi trail is known to be treacherous and steep. Aside from the hypnotizing view of the trail’s steepness, the merciless rain made the descent more challenging, especially for the first timers. It made the trail muddy and slippery. The trail is a no-no for all first-time climbers. An experienced climber must be on the group for they know the proper techniques and they often bring the right tools like ropes.

The descent was a good exercise though. You’ll definitely use most of your limbs and muscles for balance and for holding on something stable, be it a stone, tree or shrub. The traverse was another story. It was a good cardio and test of one’s stamina. The traverse was a 6-hour fight with muds clutching on your footwear thus making it heavier as you walk. A good durable pair of footwear is a must or you’ll end up with a sole-less shoe.

Relaxed by the Hot Spring. 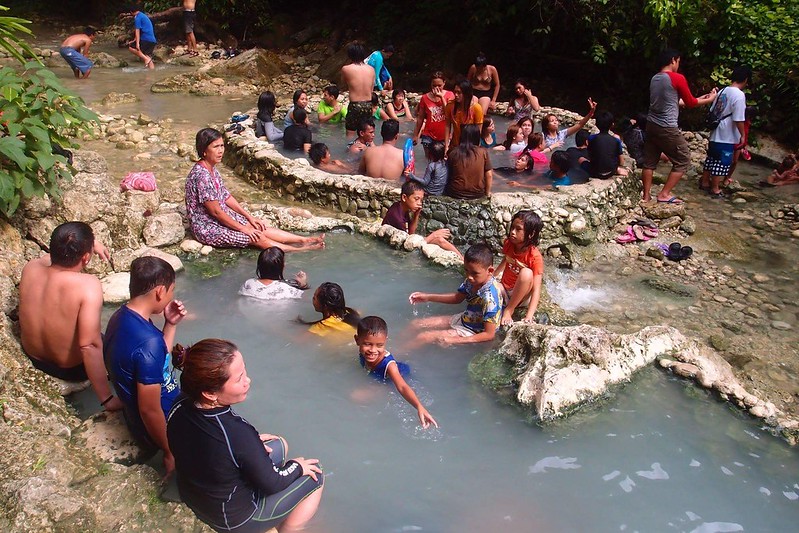 Our 6-hour trek ended with a hot bath in Malabuyoc’s Hot Spring. Unfortunately, the one we, or at least me and my friends, have been excited about was closed that day. It was the cold waters of Malabuyoc Waterfalls. Nevertheless, we just soaked our sore bodies on the therapeutic sulfuric waters of the hot spring.

I and my friends bid goodbye with the other group members for we departed earlier in fear of heavy congestion of bus passengers bound back to the City. Plus, we still have early work schedules the following day. One must again walk from the Hot Spring spot for at least 15 minutes on a muddy trail and ride a motorcycle for another 5 minutes to get to the main road.

Exhausted, we slept on the bus and arrived home safely.

It was a great experience indeed. Meeting and knowing new faces and breaking free from fear, thus the “Freedom Climb”.